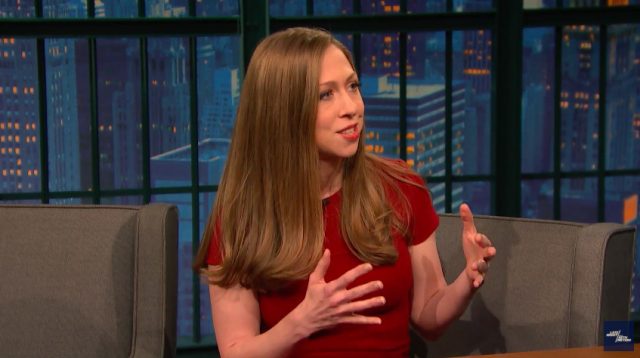 During an interview on “Late Night with Seth Meyers” Wednesday night, the daughter of the Democratic nominee was asked what it’s like to be a constant target.

“I don’t remember a time in my life when my family wasn’t being attacked,” Clinton said.

[dcquiz] “What feels different about this election to me is I don’t remember a time when so many Americans were being attacked by a major party’s presidential nominee — the attacks against women, against immigrants, against minorities, against our LGBT community, against Americans with disabilities, against a Gold Star family.” (RELATED: Chelsea Clinton Goes After Donald Trump While Campaigning For Hillary Clinton)

“That’s what feels so different and deeply troubling, candidly.”