Rosie O’Donnell tweeted about running into Ivanka Trump this week.

[dcquiz] The 54-year-old former host of “The View” said she met the Republican nominee’s daughter while eating dinner at Nobu in New York on Wednesday night.

“@IvankaTrump in a city of 8 million — we meet face 2 face — I thank u [for] listening — mother [to] mother — on this new years week — my best [to] u,” O’Donnell tweeted, referencing the Jewish holiday Rosh Hashanah. (RELATED: Rosie O’Donnell Went On An Explosive Rant Against Trump, But The Audience Wasn’t Clapping)

O’Donnell has had a public feud with Ivanka’s father Donald Trump for years now, and it resurfaced when Megyn Kelly brought it up during the first Republican primary debate last fall. 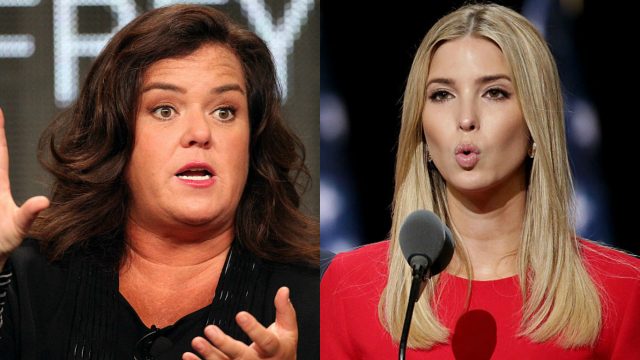