U2 lead singer Bono participated in a mock debate with Donald Trump during a benefit concert in San Francisco Wednesday, responding to video clips of Trump talking about his wealth and his southern border wall.

Bono said that “everyone who loves the idea of America” will oppose Trump’s border wall. (VIDEO: U2 Blasts Trump And Supporters At iHeart Radio Festival)

“Now, candidate, you understand it’s not just Mexican people who are going to have a problem with this wall of yours,” Bono responded to Trump. “It’s everyone who loves the idea of America, like the Irish, for example.” (RELATED: Bono: Donald Trump Is Trying To Hijack America)

“Or the French,” he added. “Or the Brazilians. Everyone who loves the idea of America, everyone who believes what they read at the foot at the bottom of the Statue of Liberty: ‘Give me your tired, your poor, your huddled masses, yearning to breathe free.'”

“Good people are not going to stay silent while you run off with the American dream,” he continued. “All right, candidate? You hear me candidate? You’re fired!” 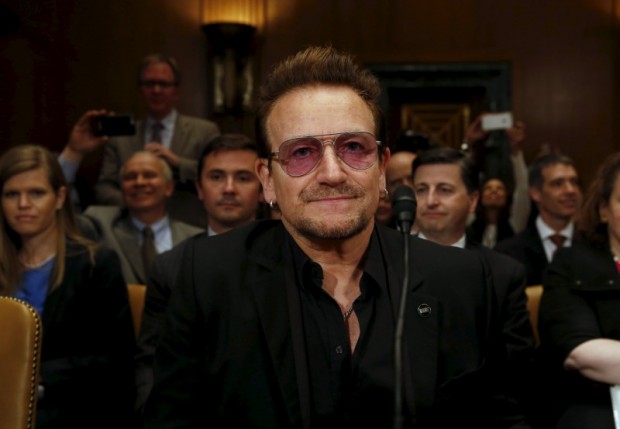 In September, at the iHeart Radio festival, the band slammed both Trump and his supporters during their concert.

“Are you ready to gamble the American dream?” he added. “The America dream is alive. What do you have to lose? Everything.”

The proceeds from the Bay Area concert go to benefit pediatric care and research at the UCSF Benioff Children’s Hospital.