Chicago Police Superintendent Ernie Johnson announced Thursday that one of his female officers was savagely beaten by an unarmed suspect after electing not to draw her weapon though she felt justified in doing so in the face of an immediate threat.

“She didn’t want her family or the department to go through the scrutiny the next day on national news.” 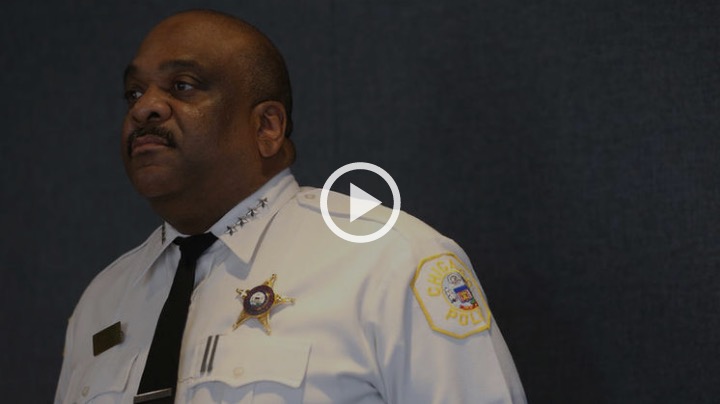 According to the Chicago Tribune, the incident occurred Wednesday morning while the unnamed officer was responding to a car accident.

The suspect — allegedly high on PCP — began attacking the officer and took her to the ground. After he repeatedly smashed her face against the concrete, the officer’s partner tased and pepper sprayed the suspect.

“As I was at the hospital last night, visiting with her, she looked at me and said she thought she was going to die, and she knew that she should shoot this guy, but she chose not to because she didn’t want her family or the department to go through the scrutiny the next day on national news,” Johnson stated. “This officer could have lost her life last night.”

“She’s hospitalized right now, but she still has the spirit and the bravery that these officers and firefighters display every day — every day.  We have to change the narrative of the law enforcement across this country.”

The man responsible for the attack has “three prior firearms arrests and one conviction, as well as four arrests, following which he was charged with either resisting police, fleeing and eluding police or both.”

He has not yet been charged for Wednesday’s attack