The San Francisco 49ers slid to a 1-4 start in the NFL after last night’s 33-21 loss to the Arizona Cardinals. Starting quarterback Blaine Gabbert put on another below average performance, but Fox Sports pundit Clay Travis certainly wouldn’t have turned to 49ers backup Colin Kaepernick to lead a comeback win.

Nearly all of the attention surrounding the 49ers has been focused on backup quarterback Colin Kaepernick since he began protesting racial injustice by taking a knee during the national anthem. Last night fans began chanting his name in hopes that head coach Chip Kelly would give him a chance. He didn’t. 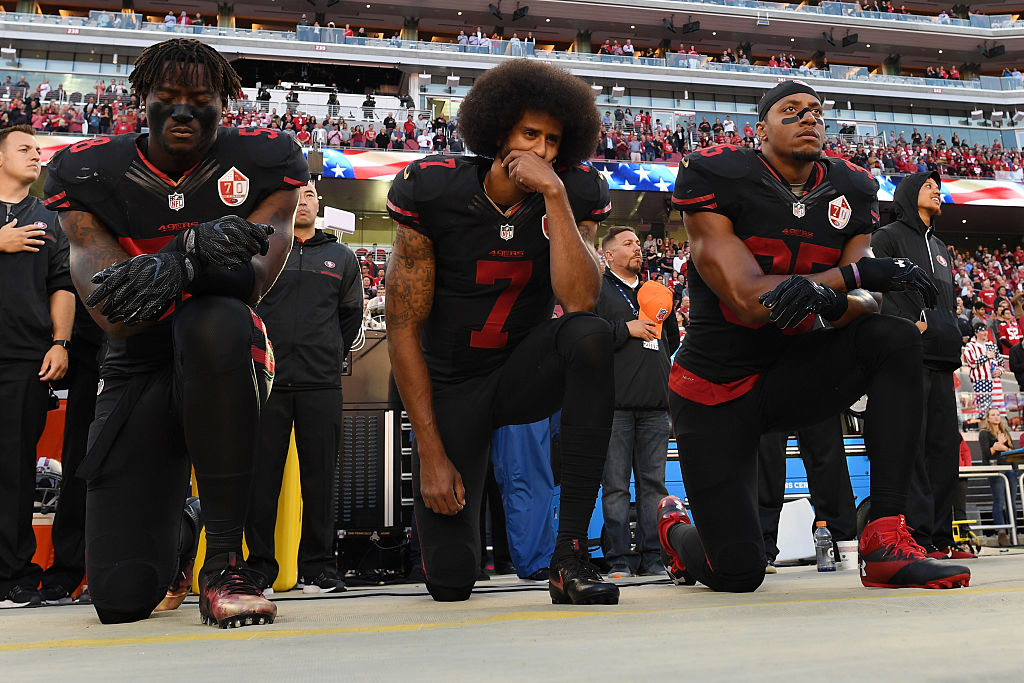 “If anybody should be protesting on the San Francisco 49ers right now, shouldn’t if be Chip Kelly? For this team having such crappy quarterbacks,” Clay Travis proclaimed on Outkick the Coverage. “Blaine Gabbert and Colin Kaepernick minus 50 pounds, this is who he has to try and win games with in the NFL? Go back to college football.”

“If anybody should be taking a knee right now protesting, it should be Chip Kelly protesting the 49ers having such crappy quarterbacks. And there’s another word I want to use there. And you probably know what it is,” Travis added. 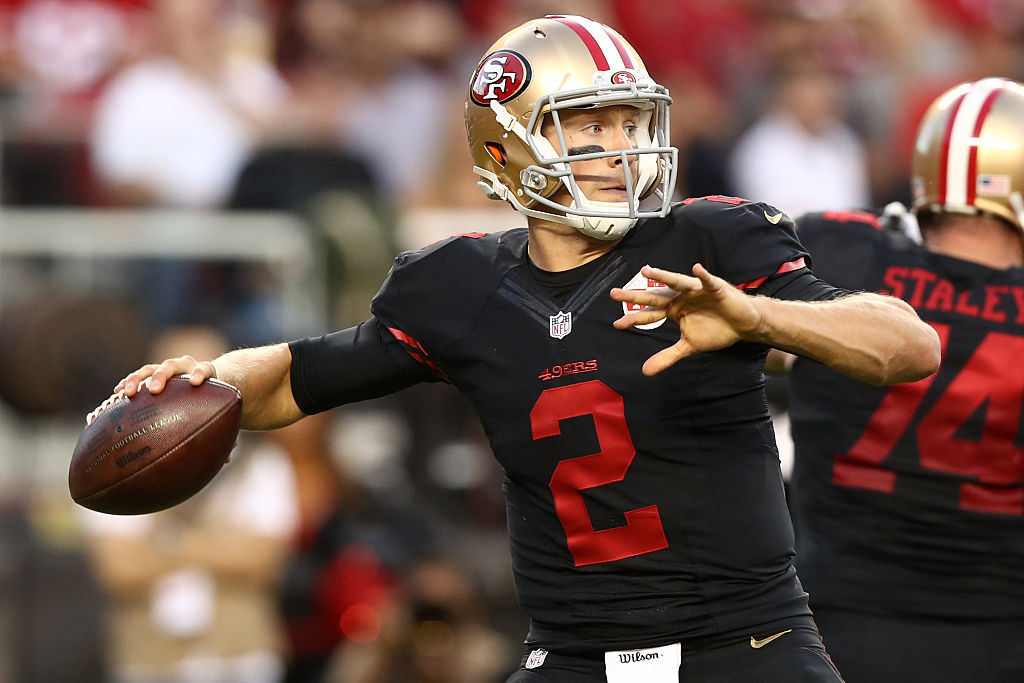 Blaine Gabbert is the starting quarterback for the 49ers. (Photo by Ezra Shaw/Getty Images)

Travis then talked about Gabbert who he thinks should only play quarterback in a movie, because he’s got the looks but not talent. “He’s like Tom Brady without any of the actual ability,” Travis said.

“And then you got Colin Kaepernick. I don’t even know how he wears a helmet now. Can he even wear a helmet with that afro? I think he’s only growing out his hair and doing the afro now,” Travis continued. “Colin Kaepernick has just quit on football, the only thing he does is get dressed up and take a knee. Chip Kelly ought to walk over to him next time during the national anthem, take a knee beside him Kaepernick would be like ‘You joining me in the protest, bud?’ Chip Kelly would say ‘Nah, I’m doing my own protest here. I’m protesting the fact that I’m the head coach of such a crappy team. And that the only two options I have at quarterback are Blaine Gabbert, and you.'” 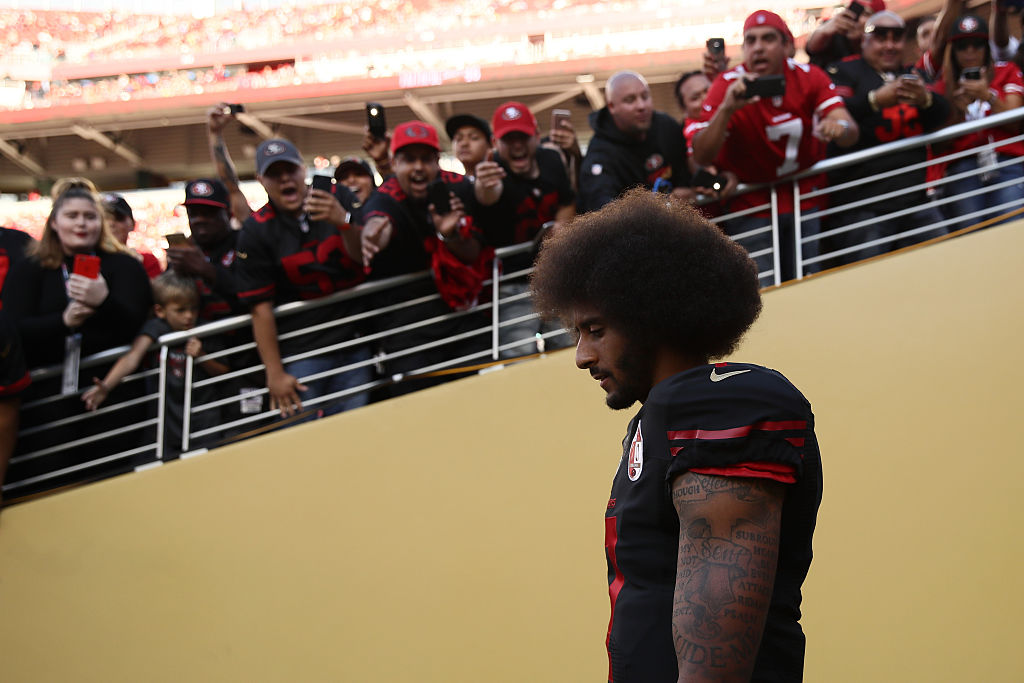 Unfortunately for 49ers fans, it seems that Gabbert is their best option right now — even though he may be better suited for a movie.