And just like that, we’re already a quarter of the way through the 2016-17 NFL season.

Let’s take a look at five teams who are facing “must-win” games this week.

The 1-3 Colts may have a lot of issues, but they are still alive thanks to the competition of a dreadful division. Thankfully for the Colts, they will take on the 1-3 Chicago Bears at home with a chance to get right back in the AFC South race. If Andrew Luck can start to cut down on his turnovers, and the defense can at least contain the Bears offense, the Colts should come out victorious. Meanwhile the Houston Texans will be playing the undefeated Minnesota Vikings, which should help narrow the gap in the AFC South.

What the heck is going with the Carolina Panthers? Cam Newton, who is taking far too many hits, looks lost, and the defense doesn’t look anything like last year’s unit. Perhaps letting Josh Norman go in free agency was a mistake. Now 1-3, the season is on the line against Jameis Winston and the Tampa Bay Buccaneers. If the Panthers can’t find a way to beat the woeful Buccaneers at home, they are in serious trouble. On the flip side, a win would put them back to 2-3, and there’s a good chance the division-leading Atlanta Falcons will lose to the Denver Broncos.

The Patriots are in first place in the AFC East, and four-time Super Bowl champion quarterback Tom Brady is making his 2016 regular season debut. So why is this a must win game? Simple, they are facing the Cleveland Browns, and they have to get back on the right track after a 16-0 loss, and the schedule does get tougher after this match. If the Patriots lose and the Bills beat the Rams, all of a sudden Rex Ryan’s squad will be atop the AFC East division. It’s amazing how quickly things can turn around. 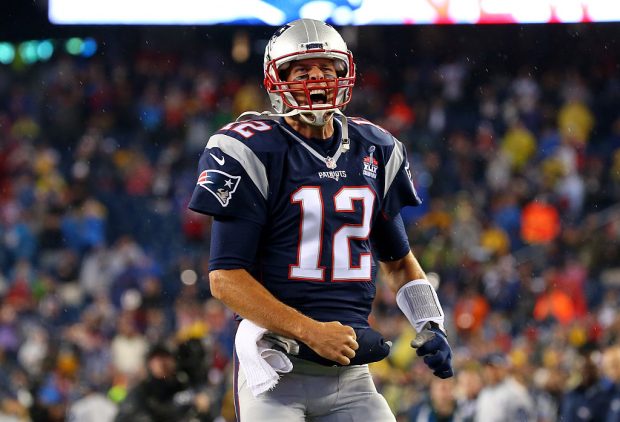 Unlike last year, the NFC East is not the “NFC Least.” The Dallas Cowboys, Washington Redskins and Philadelphia Eagles all came to play. Unfortunately for Giants fans, their team has lost consecutive games and the injuries are piling up. To make matters worse, star wide receiver Odell Beckham Jr. is coming across as more vulnerable than ever with his weekly meltdowns. If the Giants lose this game-thus dropping to 2-3-it would mean they would have to go 8-3 just to finish with a 10-6 record, which may not even guarantee a playoff spot. This week won’t be easy for Ben McAdoo’s squad as they travel to Lambeau Field to take on the Green Bay Packers.

Year in and year out the AFC North is one of the most competitive divisions in the NFL. The Bengals picked up an impressive 22-7 victory last week over the Miami Dolphins, but they are still 2-2, which is good enough for third place in their division. For some reason, the Dallas Cowboys just don’t play great at home, so it’s not asking much for Andy Dalton and A.J. Green to go into Texas and leave with a win. Cowboys quarterback Dak Prescott has yet to turn the ball over in his young career, so getting extra possessions won’t be easy for a Bengals defense that ranks ninth overall.