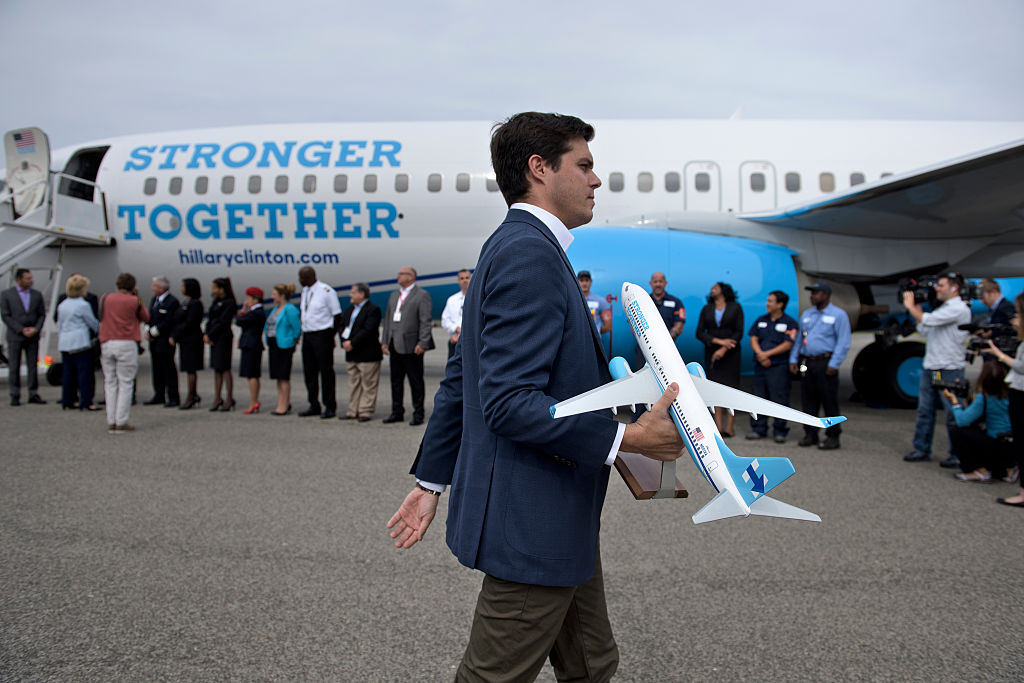 On May 23, 2016, Merrill wrote to Shelly Moskwa, Lyn Utrecht, Cheryl Mills, Heather Samuelson, Eric Kleinfeld and Capricia Marshall that a story by Emily Kopp would soon run in The Intercept, despite [his] efforts to shame Ms. Koop [sic] for her lousy reporting.”

The article in question detailed how Clinton used the Hillary Victory Fund as a personal “slush fund,” yet Merrill repeatedly refuted the authenticity of Kopp’s reporting in a question and answer series he shared on the email chain. (RELATED: Here’s How Hillary And The Dems Are Openly Flouting Campaign Finance Law)

“You’ll see I’m a little informal with her and challenge her premise throughout,” he explained.

Some of the highlights:

I’ve asked you this previously, is that based on anything or just purely conjecture? Regardless, I think that my answers below thoroughly address all of your questions And don’t leave much room for such an accusation.

I’m concerned that as we go on you seem to be upping the rhetoric and conjecture of your questions without basis in fact or further reporting, particularly since I gave you extensive off the record guidance to assist in this regard you at the outset.

Earlier in our exchanges you raised concern about staff being on more than one payroll at a time at various points throughout Senator Clinton’s time in Congress.  I would argue that such an arrangement makes my point for me.  Everyone had distinct duties, and there is nothing to suggest anything contrary to that.

I’m not going to report this for you.  You are welcome to review public records regarding budget and staffing for No Limits, but no improper activity took place, and again, if you have a specific question I’d be happy to answer it.

Here’s some information from the public record that we put together in case you didn’t have a chance to do this research yourself.

Merrill’s disdain for Kopp and her story is apparent as early as the first sentence, where he misspells her name, a fact that wasn’t lost on The Intercept founder Glenn Greenwald.

You can read the entire email exchange below. 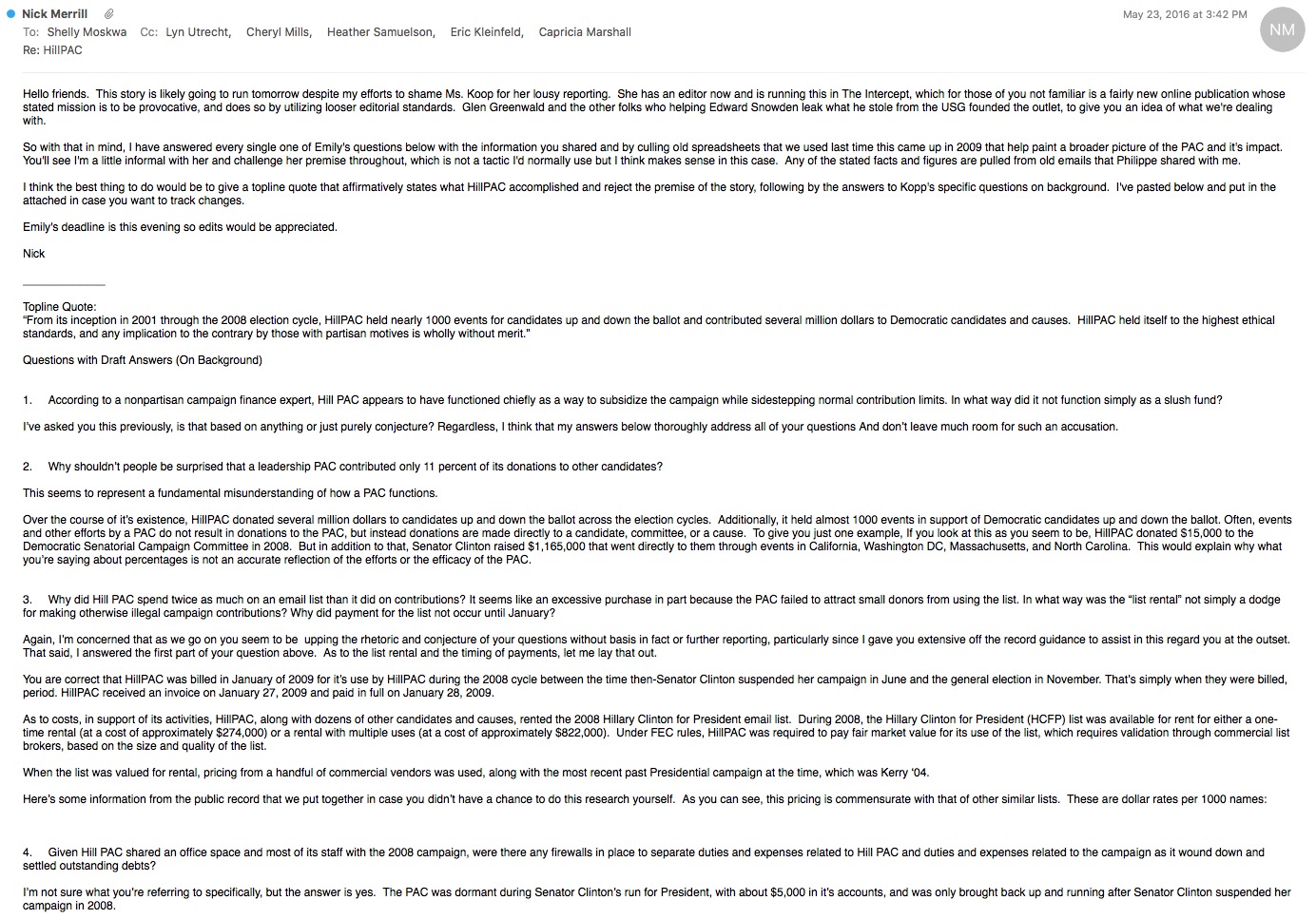 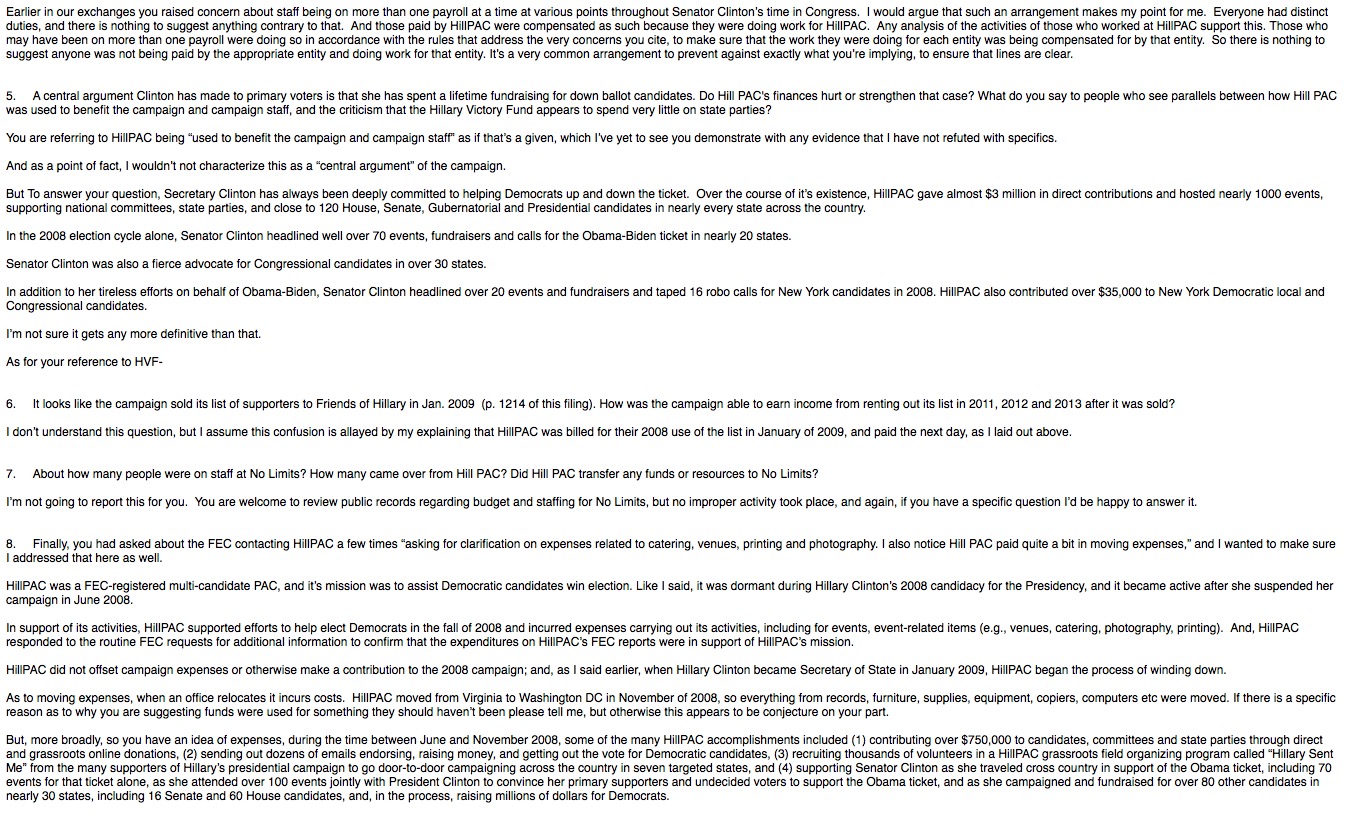