Hacked emails obtained by transparency group DC Leaks show that the Clinton Foundation reached out to HBO’s John Oliver about cooperating on an unknown, joint project during the spring of 2015. 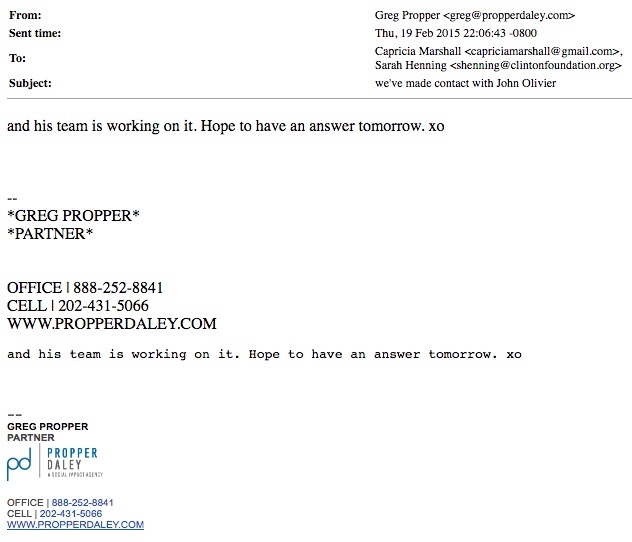 “His team is working on it,” Propper wrote in reference to the unknown project. “Hope to have an answer tomorrow. xo.”

Oliver joined HBO as the host of “Last Week Tonight” in 2014.

According to Infowars, Oliver began growing increasingly hostile to Donald Trump after the eventual Republican nominee began picking up steam in the primary.

He devoted an entire episode to attacking Donald Trump on February 29, 2016, and though the “Donald Drumpf” episode would go on to being his least watched episode of the season, the segment has become HBO’s all-time, highest viewed piece of online content.