More than 20,000 illegal African immigrants have entered Mexico in the past two months seeking to eventually get into the United States, Excelsior reports Thursday.

Mexico’s National Migration Institute has extended 12,500 permits to these African migrants that allow them to travel freely. Excelsior reports the amount of Africans entering Mexico is set to exceed the usual 800,000 Guatemalans, Salvadorans, and Hondurans who enter the country seeking to reach America’s border.

Mexico is not only being inundated with African migrants but also with Haitians. In the border town of Tijuana, 300 Haitians arrived on Sunday alone.

There have been almost 10,000 foreigners in the border town of Tijuana in the past five months, and activists project this could reach 16,000. There has been violence due to this influx in foreigners and police have had to intervene.

Maria del Rosario Lozada Romero, director of migrant care in the area, told Excelsior, “They themselves cause this disorder, they don’t cooperate, and they hit women.” 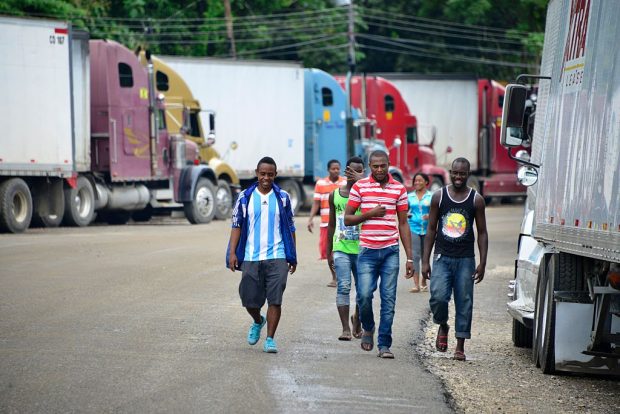 African migrants at a checkpoint at the other side of the border in Penas Blancas, Guanacaste, Costa Rica, in the border with Nicaragua on July 19, 2016.
In a makeshift camp at barely one kilometer from the border, hundreds of tents shelter Haitians, Congolese, Senegalese and Ghanahian migrants waiting to continue their journey to the United States. / AFP / Ezequiel Becerra / TO GO WITH AFP STORY BY MARCO SIBAJA (Photo credit should read EZEQUIEL BECERRA/AFP/Getty Images)

More than 4,300 Haitians have entered the San Diego border crossing of San Ysidro between October 2015 and August 31, 2016, the San Diego Union Tribune reports. The Haitians along with the African migrants typically originate from Brazil where they were working or just took a boat to with the purpose of reaching the US. South American countries have liberal immigration policies allowing the migrants to reach Central America with ease.