NHL star and Florida Panthers forward Jaromir Jagr won’t evacuate Hurricane Matthew because he wants to personally test how strong his body is.

The hurricane is currently hammering Florida, but Jagr couldn’t seem to be less worried.

“I’m ok. People have to survive for two weeks without water, I can go two days. I have just my body; I want to see how strong I am,” he told the Miami Herald.

Absolutely classic hockey mentality. There is a potentially lethal storm headed straight for Jagr, and he refuses to back down. 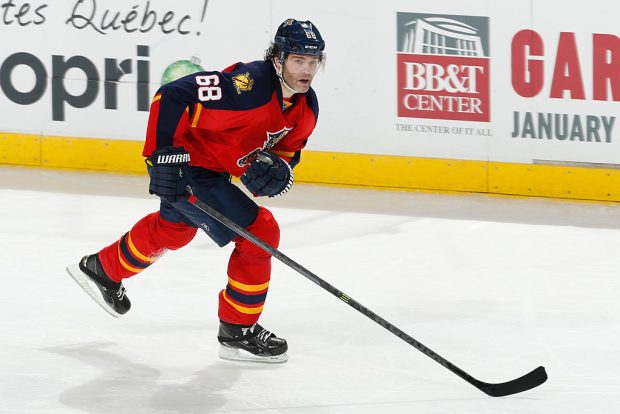 SUNRISE, FL – DECEMBER 29: Jaromir Jagr #68 of the Florida Panthers skates up ice during third period action against the Montreal Canadiens at the BB&T Center on December 29, 2015 in Sunrise, Florida. The Panthers defeated the Canadiens 3-1. (Photo by Joel Auerbach/Getty Images)

Don’t bet against the Panthers this year because any player that will to die in an attempt to test his body is a winner at all levels.