Sean Spicer, the chief strategist and communications director for the RNC, is denying a rumor tossed by a New York Times reporter that the RNC will meet to discuss the possibility of Donald Trump dropping out of the race. 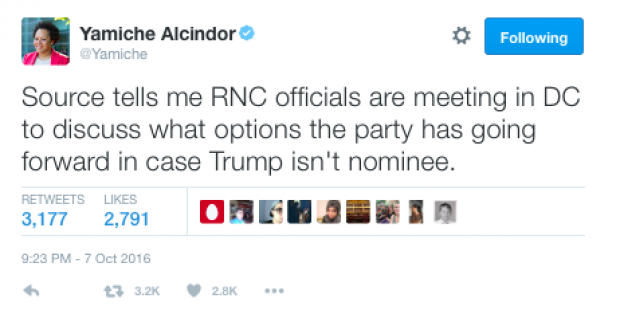 “Your sources are wrong,” he replied. “There is no meeting.”

He added, “At some point it looks like you are making all of this up.”