The former president remained stone-faced when the camera panned to him in the crowd.

“Bill Clinton was abusive to women,” Trump said to the audience at Washington University. “Hillary Clinton attacked those same women and attacked them viciously.” (RELATED: Child Rape Victim Blows Up On Hillary Clinton Minutes Before The Debate)

“If you look at Bill Clinton — far worse. Mine are words and his were actions. There’s never been anybody in the history of politics in this nation that’s been so abusive to women.”

“So don’t tell me about words,” he said. “I absolutely, I apologize to those words. … When Hillary brings up a point like that and she talks about words that I said 11 years ago, I think it’s disgraceful, and I think she should be ashamed of herself.” 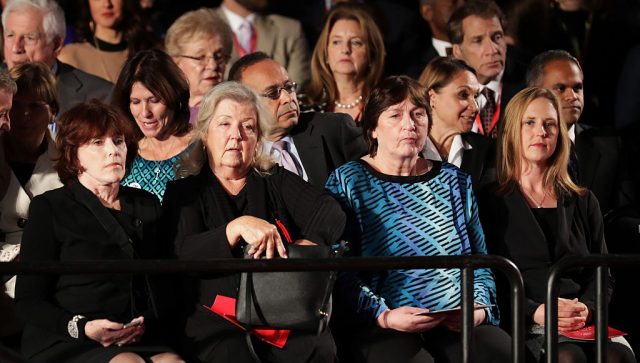 Kathy Shelton, Paula Jones, Juanita Broaddrick and Kathleen Willey were all seated in the debate hall.