After journalists learned that a former “Apprentice” producer is sitting on more hot mic moments from GOP presidential contender Donald Trump, they are swarming like flies.

One thing that is for certain: They are out for blood — Trump’s blood.

The media, meanwhile, is confused by Trump’s call to leave his press pool in the dust ahead of the second presidential debate in St. Louis Sunday night. The pool learned this via a tweet from Trump’s campaign manager. According to TIME political reporter Zeke Miller, “This is ridiculous.”

Those publicly seeking dirt include WaPo‘s Ben Terris, HuffPost‘s Michael Calderone, Politico‘s Hadas Gold, LAT‘s Seema Mehta (who tried to use her husband’s conceivable relationship with the producer to get what she wanted), and CNN’s Andrew Kaczynski, who has been hot on the trail of Trump’s conversations with radio shock jock Howard Stern. In one, Trump allowed Stern to refer to his daughter a “piece of ass.” When asked if it was OK, Trump replied, “Yeah.”

Even WikiLeaks wants in on the action.

Trump’s hot mic moments are clearly in high demand. An Access Hollywood producer originally dug up footage and audio on Trump. But a source quickly tipped off WaPo‘s David Fahrentold on the tape now being heard around the world in which Trump says the now famous phrase, “Grab them by the pussy.”

According to WaPo media writer Paul Farhi, Fahrentold won’t disclose his source “because he promised anonymity to his tipster.” His sourcing reads: “According to a video obtained by The Washington Post.”

On Sunday, Calderone told his followers that there is more to come. But so far, he doesn’t have it.

He posed this question: “Apprentice producer says there’s ‘far worse’ out there, but will show’s unaired footage ever surface?” 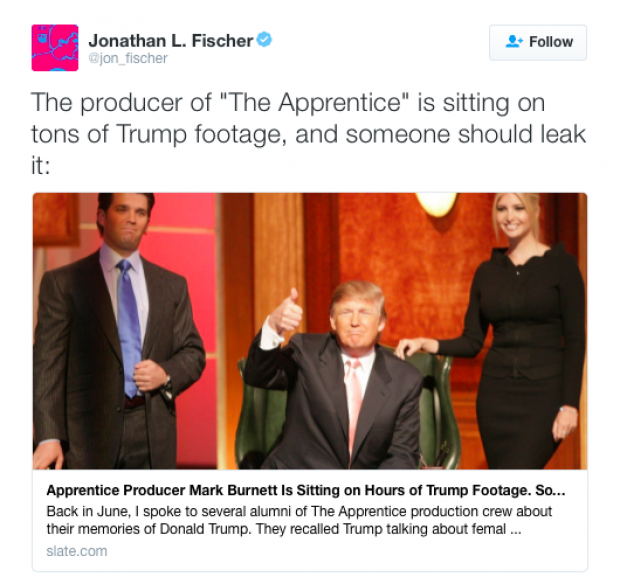 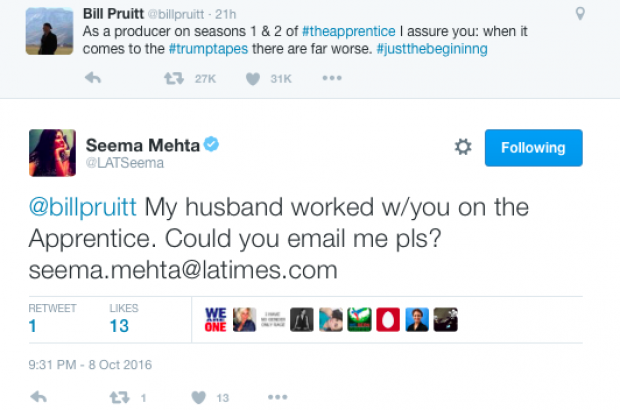 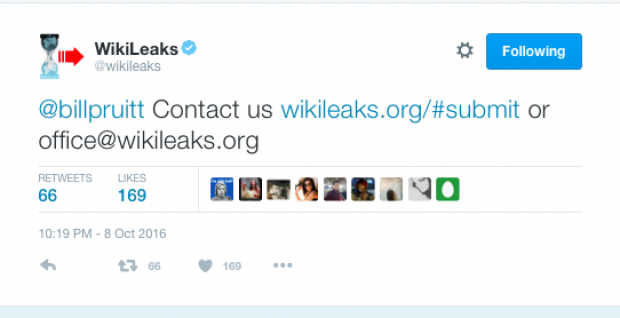