Immediately following the second presidential debate of 2016, a reporter asked Hillary’s press secretary, Brian Fallon, whether she was rattled during the feisty battle. 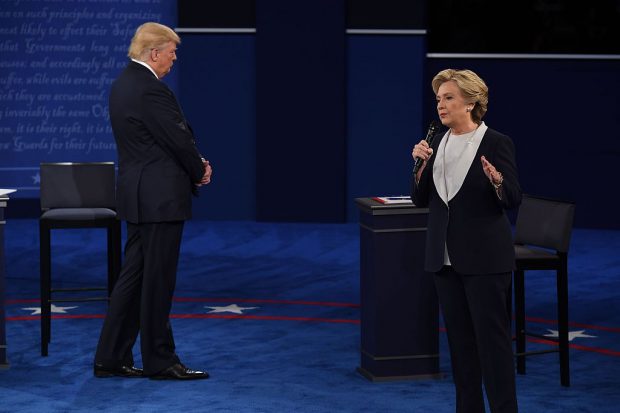 “Of course not,” Fallon insisted from the post-debate spin room. “He was the one who was stalking.”

From the very beginning of the debate, Trump opted to stand instead of using the bar-height stool provided for the candidates in the town hall format. Hillary sat between her answers. 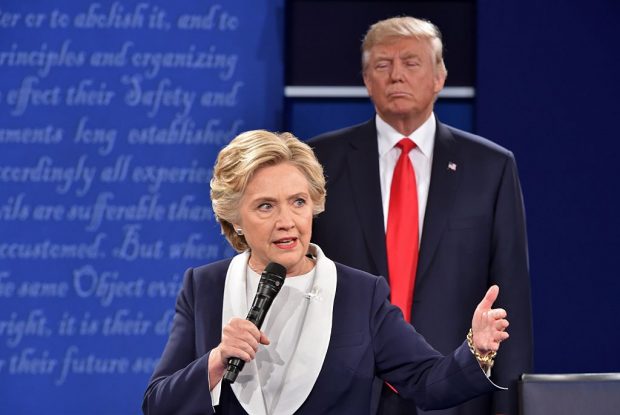 “He couldn’t control himself and calmly sit down,” Fallon continued. “He was pacing the whole evening — even, at times, invoking the image of Rick Lazio invading her personal space. Sort of a ghoulish meandering around her when she was answering questions.” 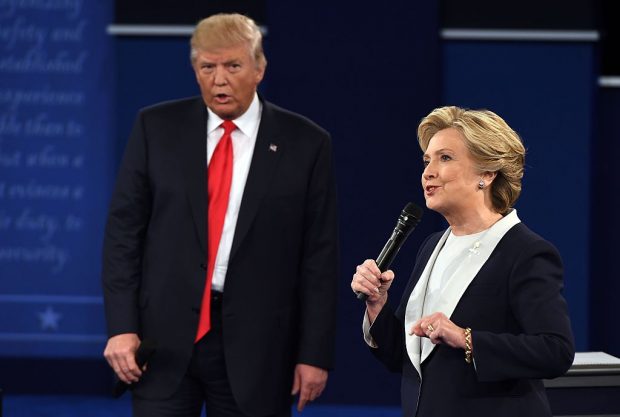 [dcquiz] “I think he was the one who was rattled,” Fallon said.

“Obviously, she was the one who was on defense most of the night, Trump campaign manager Kellyanne Conway told The Daily Caller.