A Sunday night Twitter search for Kathy Shelton, a victim of child rape whose 41-year old rapist Hillary Clinton defended in court, came up with results related to reports that she got paid by a Trump ally. Shelton’s account was also buried below much less significant users.

Shelton appeared before the presidential debate Sunday at a press conference and sat in the audience during the debate. Before the debate, Shelton tweeted, “Hillary Clinton an advocate for women & children? Not even close She terrorized me during my rape case & later laughed about it.”

The investigative reporting group Wesearchr crowd-funded to pay for Shelton to attend the St. Louis debate. She was also paid $2,500 by a political action committee founded by Roger Stone in May. Stone told the Associated Press the payment was because she “was extensively interviewed on video about her experience with Hillary Clinton and was paid for her time.”

When someone searched for “kathy shelton” on Twitter Sunday night,  “Kathy Shelton paid” autofilled and was the first result. At the same time, her account “@KathyShelton_” was listed below accounts with significantly less engagement. One account listed above her has more than 220 times fewer followers. (RELATED: Prominent Pro-Trump Twitter Account Suspended) 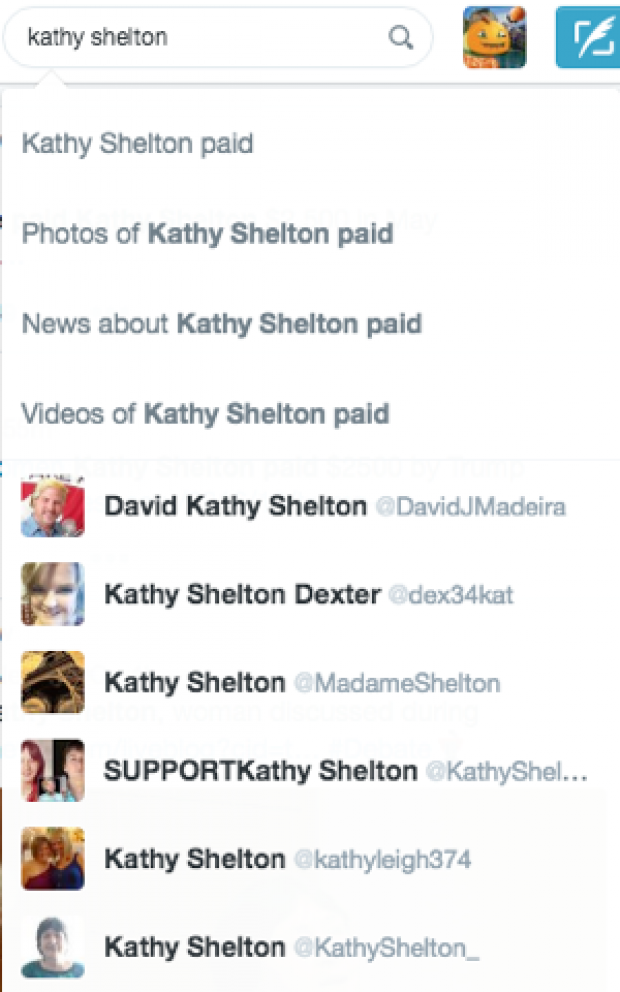 Similar results for a “kathy shelton” search was also seen on Monday. 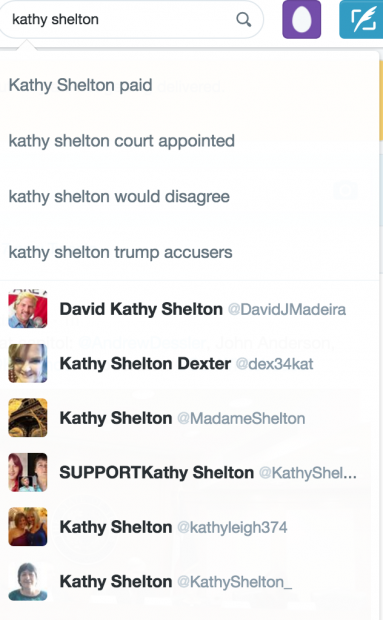 1
Black Firefighter Spent His Life Savings To Open A Bar. Then Minneapolis Looters Burned It Down
US
2
STONE: Now That I'm Ungagged, I'd Like To Say A Few Things About My Prosecution
Opinion
3
Here Are The Possible Reasons Mike Flynn's Judge Hired His Own Attorney
Politics
4
Historic DC Church Set Ablaze As Another Night Of Riots Engulfs Country
US
5
Biden Holds Double-Digit Lead Over Trump In Latest ABC Poll
Politics