In the email in question — published by WikiLeaks — Clinton’s director of Latino outreach Lorella Preali wrote to press secretary Nick Merrill on February 26, 2016 to describe a campaign trip to Georgia in the weeks leading up to the state primary.

Praeli described how Clinton “addressed the Democratic Caucus” at the Statehouse.

Clinton “did a short version of her stump that was very crisp,” she explained. “People loved it. There were no press in the room.”

Praeli next described how the former secretary of state “took many a selfie while wading through throngs of people, with more pouring over the balconies, and headed to Octane coffee shop for an OTR.” 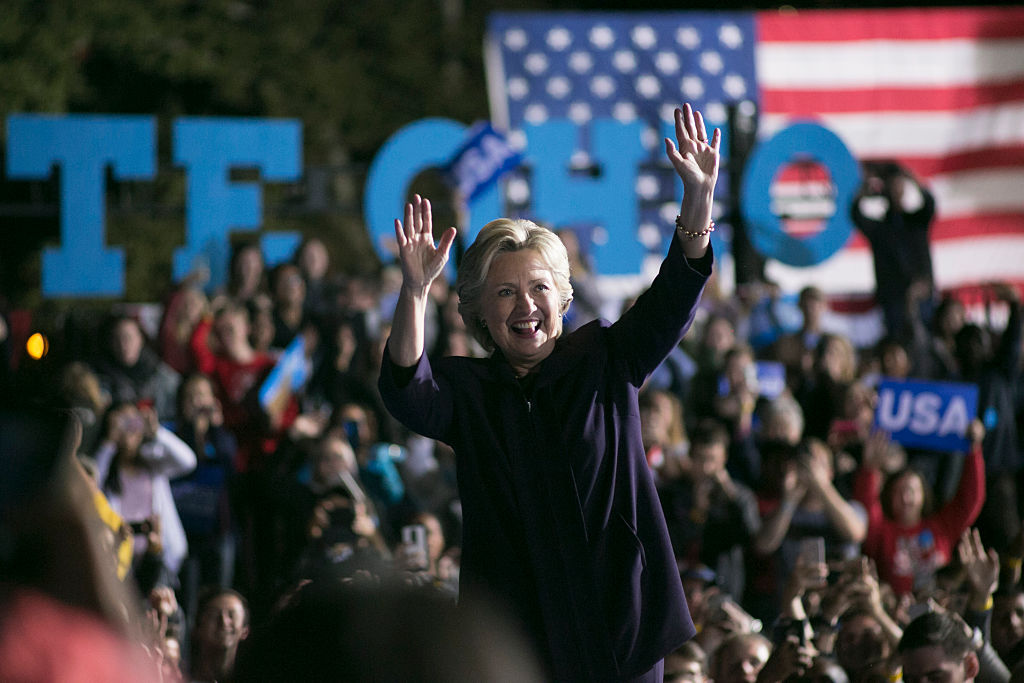 Hillary Clinton waves to the crowd after speaking at Ohio State University on October 10, 2016 (Getty Images)

At the coffee shop, “Dan Merica asked her if she was jealous that she didn’t get [Chris] Christie’s endorsement,” after he dropped out of the Republican primary.

“She responded with a prolonged smile (you could see the gears turning), and then said, ‘Dan, I really like you. I really, really like you,'” she continued. “They are basically courting each other at this point.”

He was also the recipient of the campaign’s near-undivided attention at a campaign rally in Las Vegas in February.