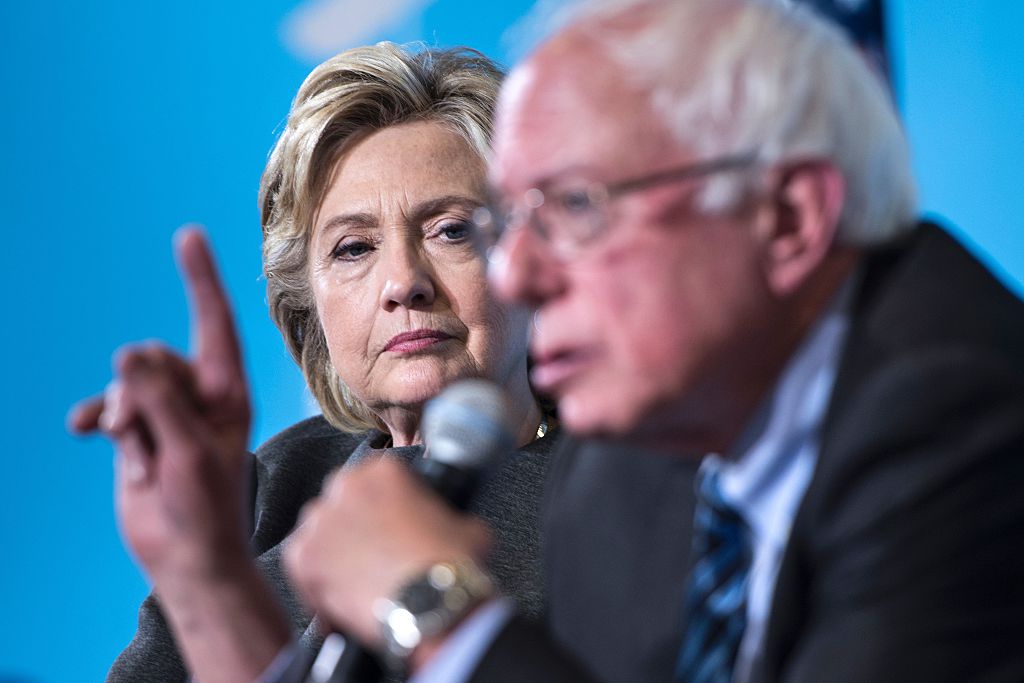 Hillary Clinton listens as Bernie Sanders speaks during an event at the University of New Hampshire on September 28, 2016 (Getty Images)

In one instance back in February, the self-proclaimed lefty journalist sent Clinton’s campaign chairman John Podesta a link to an NBC story about Sanders defending rapper Killer Mike, one of his highest-profile supporters.

Legum highlighted a quote from Sanders explaining why Killer Mike isn’t sexist for urging Clinton supporters to vote for Sanders.

“I don’t go around, no one has ever heard me say, ‘Hey guys, let’s stand together, vote for a man.’ I would never do that, never have,” the Vermont senator stated to which Legum added, “needless to say, he doesn’t say that because he doesn’t have to.”

Podesta responded, “Yes — we are on it.” 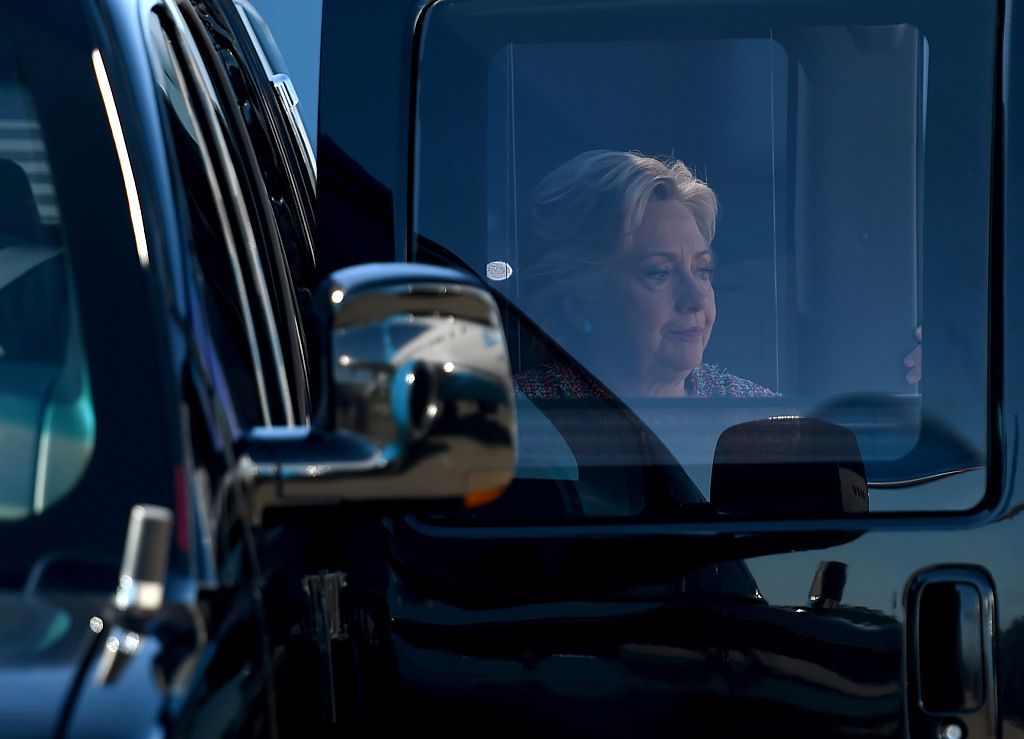 “JDP [Jennifer Palmieri] knows,” Legum wrote to Tanden. “I think it’s just kind of informal for now but he’s like writing speeches and stuff or at least speech language.”

Tanden then forwarded the message to Podesta with the following addendum.

“You know about this?” she asked. “Jesus. Makes sense since all these freaks after Hillary are like his spawn.”

“Yes,” Podesta answered. “Gave him a very hard time. I have to say this does not go down easy with me. Wish him well in life.”