Here’s A List Of Some Of The Most Unusual Animals, Reptiles Available At A Typical Wuhan Wet Market
Ford Springer Reporter
October 11, 2016 4:38 PM ET
Font Size:

We are deeply saddened to have lost our beloved live Tiger mascot, @MikeTigerVI, after a 4-month battle with cancer. https://t.co/zSy3T7BCCY pic.twitter.com/RKF9mAdBip

The tiger was originally diagnosed with a “rare and inoperable form of cancer” in May. At the time, veterinarians believed they could extend his life by a couple of years with the proper treatment. (RELATED: Some Sad News Just Broke About LSU’s Mascot)

Mike VI underwent a CT scan and physical exam last week, which revealed the cancer previously found in his skull spread to his neck, his lungs and his right leg. The LSU School of Veterinary Medicine believed he had one or two months left to live.

On Monday, the tiger was moved into hospice when his handlers thought his health “had declined enough to the point that he couldn’t be outside anymore,” ESPN reports. LSU reported Mike Vi died the following day.

Mike VI lived in a comfortable 15,000-square-foot enclosure next to Tiger Stadium since LSU acquired him from an Indiana animal sanctuary at 2-years-old. LSU’s athletic department covered the costs of the Tiger’s cancer treatment since his diagnosis. 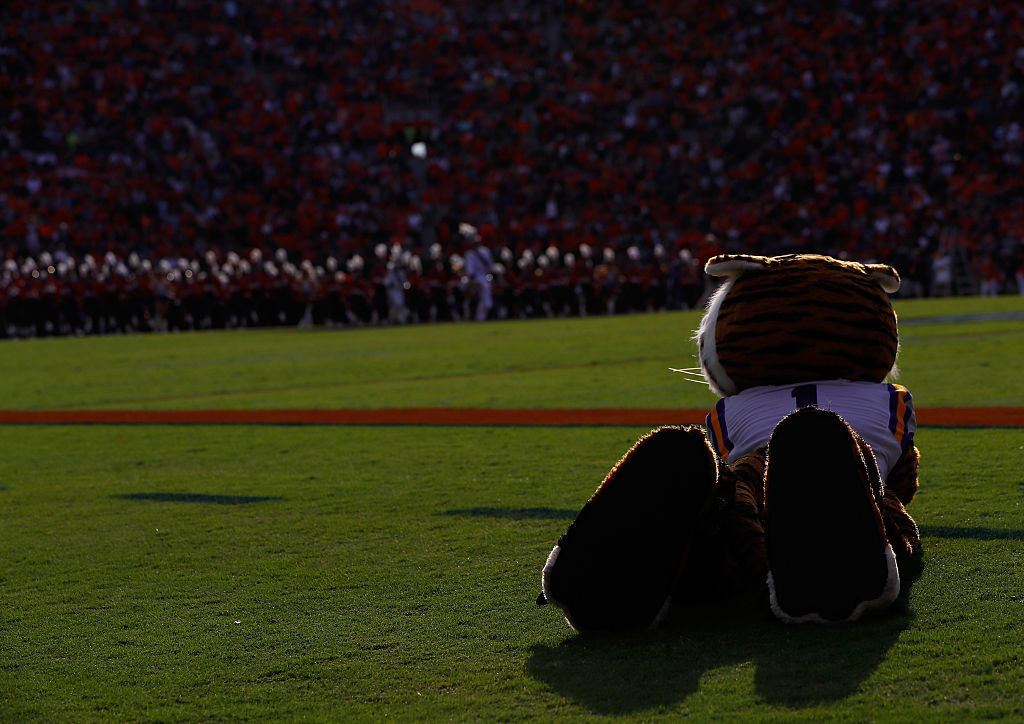 Mike the mascot is only a representation of LSU’s real tiger mascot. (Photo by Kevin C. Cox/Getty Images)

LSU was one of only two colleges with a live tiger as a mascot “and the only one living on a college campus,” according to ESPN.

The university asked Dr. David Baker, of the LSU School of Veterinary Medicine, to begin searching animal rescue facilities for another tiger last week. “We intend to obtain a young male tiger in need of a good home,” Dr. Baker said.