Legendary NFL quarterback Steve Young joined Fox & Friends Tuesday to discuss the release of his new memoir, “My Life Behind The Spiral.” The Hall of Fame quarterback also revealed a surprising detail included in his book when he seriously considered quitting football.

Young wanted to quit when he was playing football at BYU where he was low on the depth chart and they were considering putting him on defense. But Young’s father told him if he quit he couldn’t come home. “I don’t live with quitters,” Young recalled his father saying to him. “And he was serious too by the way.”

“My dad and my mom, at different times, were just such north stars for me,” Young said of his parents influence on him.

Before Steve talked about his parents, his career and his book he offered some comments regarding the current San Francisco 49ers quarterback Colin Kaepernick’s national anthem protest. 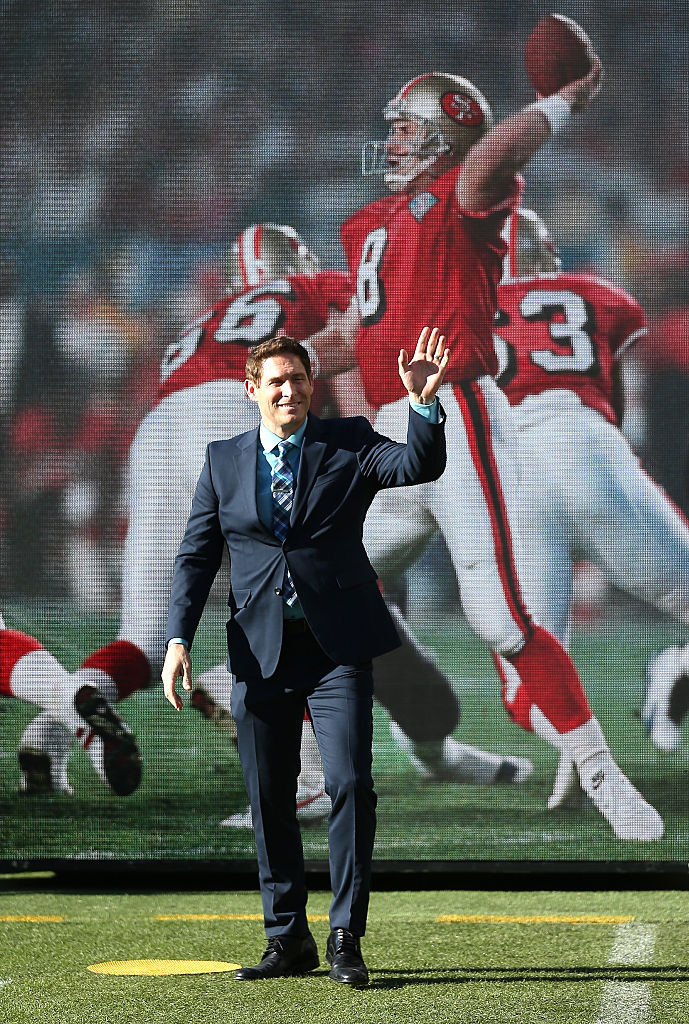 Super Bowl XXIX MVP Steve Young of the San Francisco 49ers looks on during Super Bowl 50 between the Denver Broncos and the Carolina Panthers at Levi’s Stadium on February 7, 2016 in Santa Clara, California. (Photo by Patrick Smith/Getty Images)

“Everybody kind of understands that you have a right, you know, in America to do that,” Young said. “I think more than anything through the weeks, it’s been kind of a referendum for each of us, our deep and abiding feelings for the anthem and the flag. And I think that’s a reminder of how much it means to us.”

“In many ways the reason why he has the right to do it is because of all the great things that America is. And so, I understand that and recognize that,” Young admitted, “but more that anything for me the idea that to honor the flag and honor the anthem is a big deal.”

Young co-authored his new book based on his own memoirs with author Jeff Benedict.

1
Virgin Mary Statue Outside Of Church Set On Fire, Police Say
US
2
'This Is Good News': Moderna Reports 'Robust' Results In Coronavirus Vaccine Trial
US
3
Tommy Tuberville Blows Jeff Sessions Out Of The Water In Alabama Senate Race
Politics
4
Pete Buttigieg Begs Silent Iowa Crowd To Clap For Him
Politics
5
EXCLUSIVE: Leo Terrell On Trump, Biden, Policing, And Why He Left The Democratic Party
Editorial