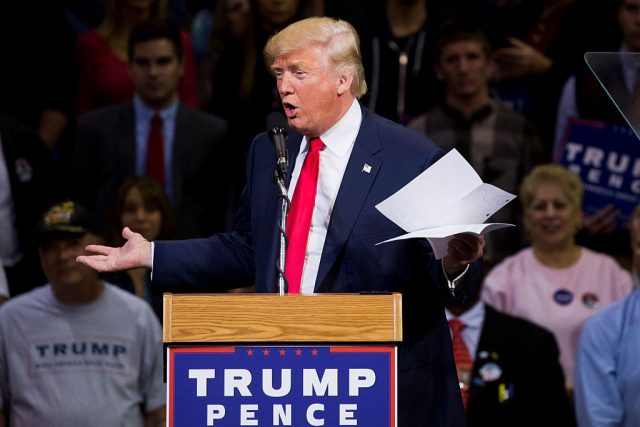 While speaking to a crowd of about 8,000 people in Wilkes-Barre, Pa., the Republican nominee said the news network was “a disgrace” as he ranted about the “dishonest media.”

[dcquiz] “They don’t want us to win,” Trump told the audience. “They don’t show these crowds. They don’t want to do it, they keep that camera pinned to my face. They are so dishonest.” (RELATED: Here’s Who Won The Debate, According To The Internet)

“I used to think they couldn’t — mechanically they didn’t move — but unfortunately when we had a protestor the first time, those cameras they turned like a pretzel.” 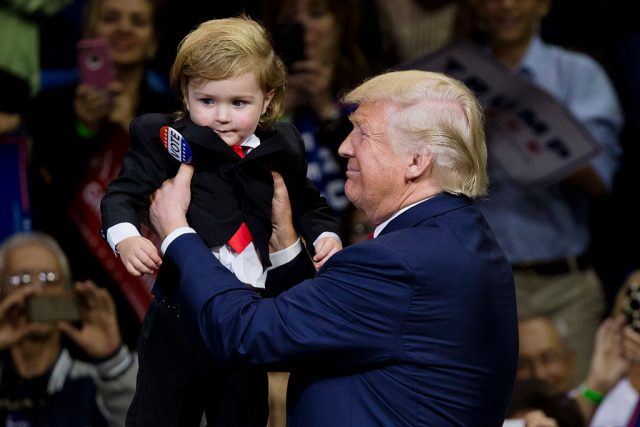 During the rally, Trump invited a child who was dressed like him on stage. (Photo: Getty Images)