One woman claimed Trump groped her 36 years ago, while the other claimed he groped her in 2005.

Calling the allegations “a completely false, coordinated character assassination” attempt, senior communications advisor Jason Miller added, “It is absurd to think that one of the most recognizable business leaders on the planet with a strong record of empowering women in his companies would do the things alleged in this story, and for this to only become public decades later in the final month of a campaign for president should say it all.”

Miller concluded the statement by declaring the New York Times was engaging in “nothing more than a political attack.” 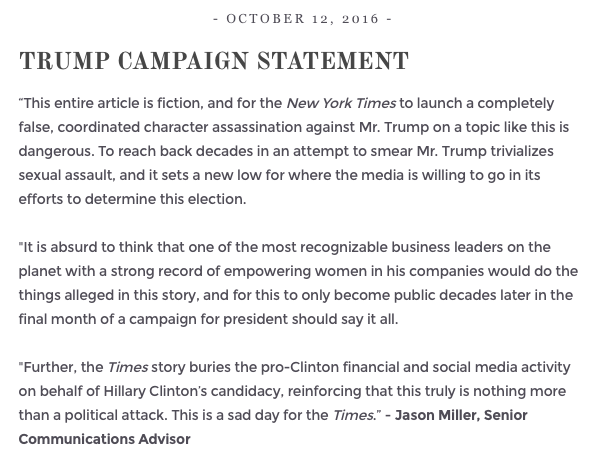