Donald Trump wanted to have O.J. Simpson on “Celebrity Apprentice” in an effort to boost ratings.

The Republican presidential nominee told Howard Stern in July 2008 that he wanted Simpson on the show but NBC executives reportedly went “crazy” about the idea and were not interested at all, according to CNN. (RELATED: REPORT: OJ Simpson Wants To Date Kris Jenner When He Gets Out Of Prison) 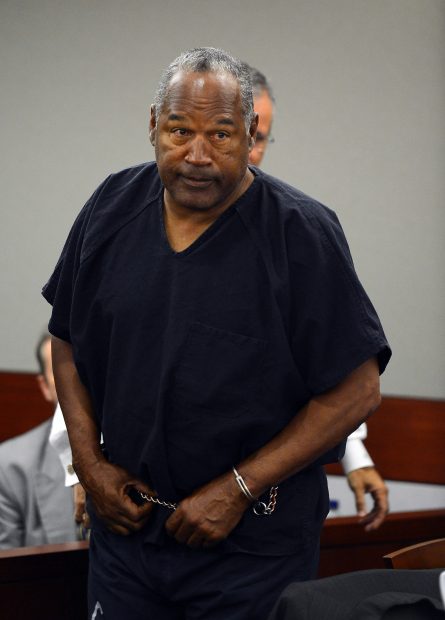 “I do have to tell you about O.J. and ‘The Apprentice,'” Trump said.  “NBC went totally crazy when I wanted to put O.J. on The Apprentice.”

“Why would you put him on the Apprentice?” Stern then asked.

“Well you know, in your business, there’s a thing called ratings,” Trump said. “And, you know you can come up with a cure for cancer– I found out a lot about your business–because, hey, I’m the biggest star. I’m now the biggest star.” (RELATED: O.J. Wanted Nothing To Do With Politics: ‘I Am Not Black. I Am O.J.’)

“So I know that if you come up with a cure for cancer, and if you put it on, and if it doesn’t get ratings, they will not broadcast it,” he added.”So, you come with a cure for a disease, no good. Now, I know this if I put O.J. on — huge ratings.”

“I hadn’t spoken to him in years. I don’t like people that kill their wives,” he added. “Does that make sense? Does that make me a disloyal person?”

In a statement from NBC in April 2008, executives said they would “never” consider having Simpson on the show.

“NBC representatives have never considered O.J. Simpson for the next season of ‘The Apprentice,’ nor will,” the statement read.

This was reportedly not the first time Trump spoke about wanting Simpson on the show. In a May 2008 interview on “Extra,” Trump said NBC had a “heart attack” about the idea.

Simpson is currently serving time for an armed robbery in Las Vegas in 2008 and is up for parole next year. The former Hall of Fame football player is probably best known for being found not guilty in his 1995 murder trial.