San Francisco 49ers quarterback Colin Kaepernick believes that the flag of the United States is nothing more than simply a piece of cloth.

“At the end of the day the flag is just a piece of cloth and I am not going to value a piece of cloth over people’s lives. That’s just not something I can do, it’s not something I feel morally right doing and my character won’t allow me to do that,” Kaepernick told reporters in response to criticism from Supreme Court Justice Ruth Bader Ginsburg, according to The Star. (RELATED: Clay Travis: Colin Kaepernick Is A Stooge [VIDEO]) 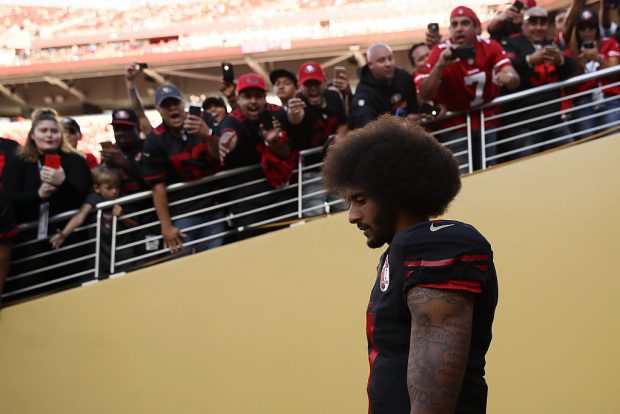 He also added, “It is disappointing to hear a Supreme Court justice call a protest against injustices and oppression ‘stupid, dumb’ in reference to players doing that.”

The dual-threat quarterback has refused to back down from his stance of protesting the national anthem, and has only continued to dig in deeper. There’s no doubt his latest comments will draw plenty of backlash.