Donald Trump implied that the woman who accused of him of sexually harassing her wasn’t attractive enough for him to do something like that. 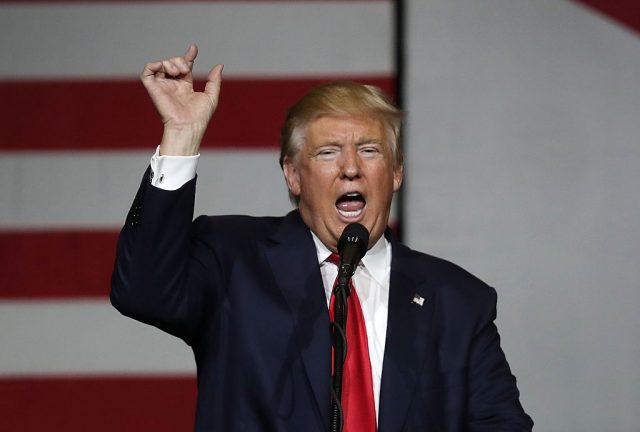 After Natasha Stoynoff accused the Republican nominee of “shoving his tongue” down her throat while she was writing a story about his and Melania’s anniversary, he disputed her claims during a rally in West Palm Beach Thursday.

“Think of it,” he said. “She’s doing a story on Melania, who’s pregnant at the time, and Donald Trump — our one year anniversary. And she said I made inappropriate advances, and by the way, the area was a public area — people all over the place.”