An email published by WikiLeaks on Thursday shows Hillary Clinton’s allies discussing how to politicize the Supreme Court’s ruling in King v. Burwell.

On June 2, 2015 — 23 days before the the court ruled in favor of the Affordable Care Act and the Obama administration — Center for American Progress President Neera Tanden wrote to John Podesta, Jake Sullivan and Jennifer Palmieri that “it is most likely that this decision has already been made by the Court, but on the off chance that history is repeating itself, then it’s possible they are still deciding (last time, seems like Roberts went from striking the mandate to supporting it in the weeks before).” 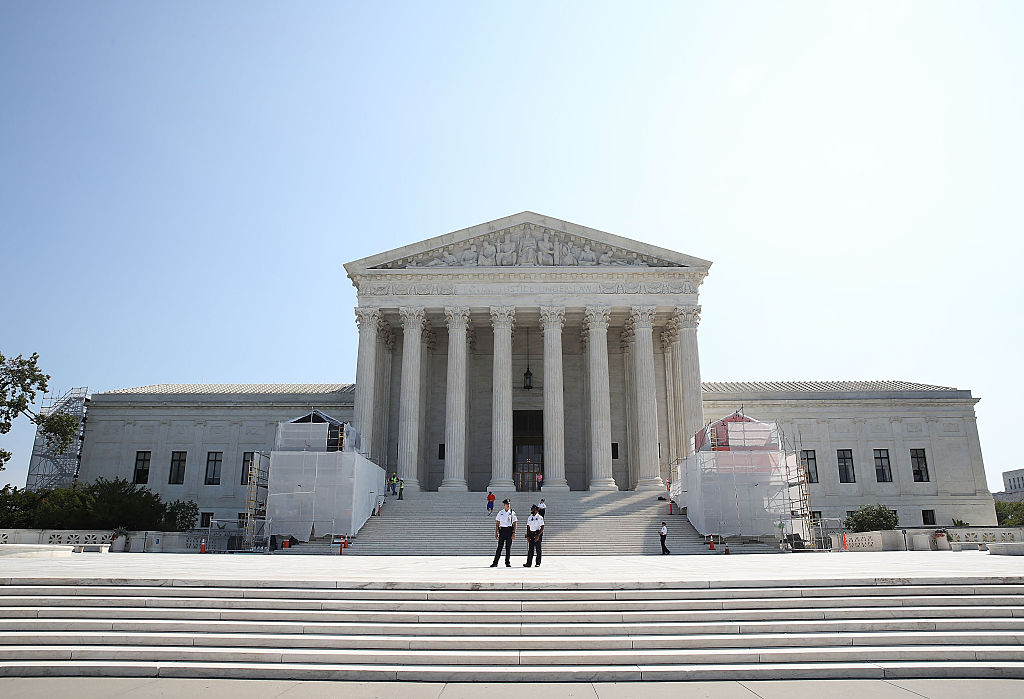 Guards stand in front of the US Supreme Court on September 7, 2016 (Gettty Images)

Tanden noted that “it was pretty critical that the president threw the gauntlet down last time on the Court, warning them in the first case that it would politicize the role of the Court for them to rule against the ACA.”

“I honestly believe that was vital to scaring Roberts off,” she added before clarifying that she doesn’t think that Hillary should “spend a lot of time attacking the court.”

She then outlined that while “it would be very helpful to all of our interest in a decision affirming the law, for Roberts and perhaps Kennedy to see negative political consequences to ruling against the government.”

To achieving this, Tanden suggested the campaign “have a story of how progressives and Hillary would make the Supreme Court an election issue (which would be a ready argument for liberals) if the Court rules against the government.” 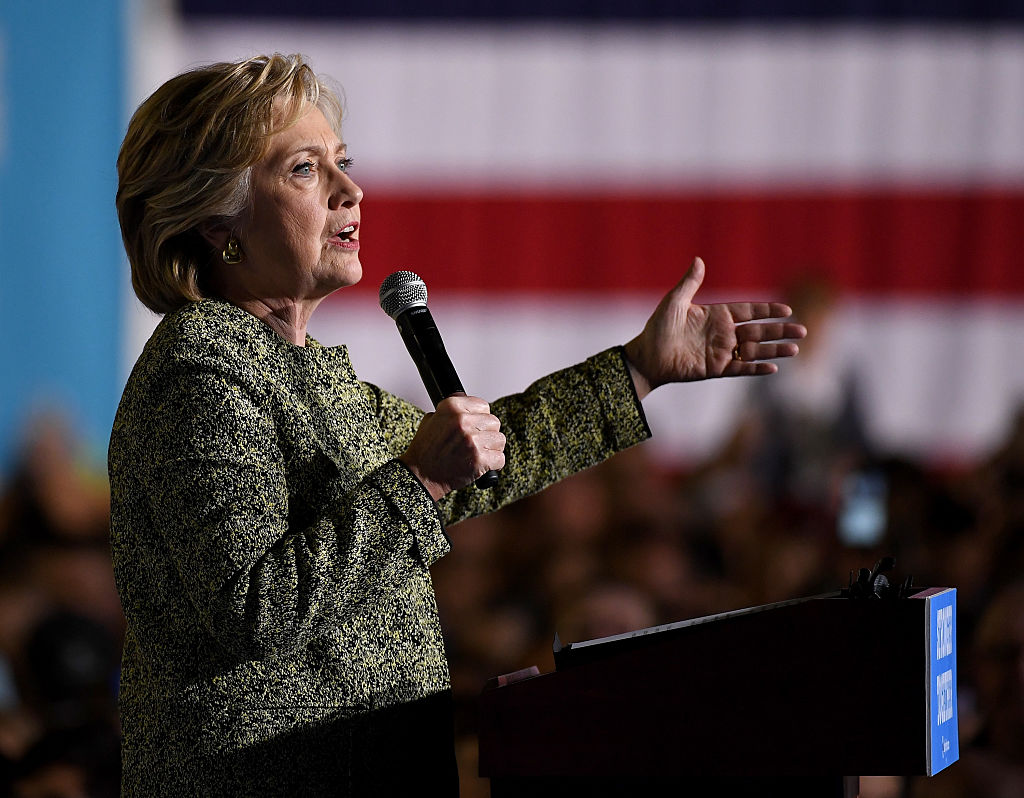 Hillary Clinton speaks during a campaign rally at The Smith Center for the Performing Arts on October 12, 2016 in Las Vegas (Getty Images)

She clarified, that “it’s not that you wish that happens. But that would be the necessary consequence of a negative decision…the Court itself would become a hugely important political issue. [sic]”

Tanden closed the email by promising that CAP could “get that story started. But kinda rests on you guys to make it stick.”

“What do you think? If you want to proceed, we should move soon.”

Sullivan responded to Tanden’s email that he’s “into it” but was punting to Palmieri “on this one.”