Blair was voted Miss Teen USA in 2006 and later Miss California in 2011 in pageants that were both owned by the Republican presidential nominee. The former beauty queen says she has “great respect for him as a boss” as well as a business man.

“As far as the rumors surrounding him coming back stage and things like that, dressing rooms–absolutely not. I never experienced that. I don’t know anyone that has.”

And if they had, Blair says “the girls were well aware that he would be coming back there.”

“As far as back stage goes, I mean, you’re talking about a live production here,” Blair continued. “You have no time. So, he’s not putzing around back there while girls are just stark naked. There’s just literally no time, no space.”

Blair then commented on the criticism Trump has received for being judgmental of women’s looks. “At the end of the day you’re in a beauty pageant and you are there to be judged for your looks. So, if you’re there and not expecting to be judged by the man that owns it, I mean, that’s your own misconception.” 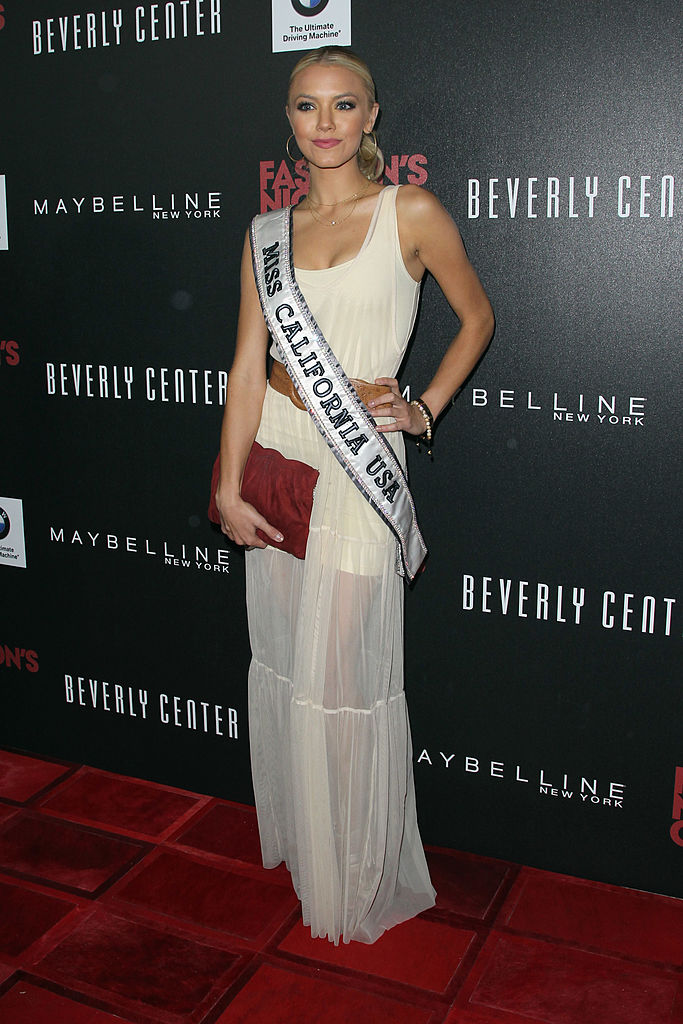 “He’s very honest,” Blair said of Trump, “and I think there’s something to be said about someone who can appreciate beauty in so many different forms.”

“My vote’s going right,” he concluded.