Michelle Obama just went off on Donald Trump’s “locker room” banter and said it has “shaken me to my core.”

The first lady speaking to Hillary Clinton supporters in New Hampshire veered off topic to discuss the recent leaked audio of the Republican presidential nominee talking to Billy Bush in an interview from 2005 with Access Hollywood, in which he made sexually aggressive comments about Nancy O’Dell. (RELATED: Michelle Obama Says She Can’t Wait Until She’s ‘Not Responsible For Every Headline)

“The fact is that in this election we have a candidate for president of the United States who over the course of his lifetime, over the course of this campaign has said things about woman that are so shocking, so demeaning, I simply will not repeat anything here today,” Obama said. “And last week we saw this candidate actually bragging about sexually assaulting woman. I can’t believe that I’m saying that a candidate for president of the United States has bragged about sexually assaulting woman.”

“And I have to tell you that I can’t stop thinking about this, Obama added. “It has shaken me to my core in a way that I couldn’t have predicted. This is not something that we can ignore.” (RELATED: First Lady Michelle Obama Attacks Trump As ‘Erratic And Threatening’) 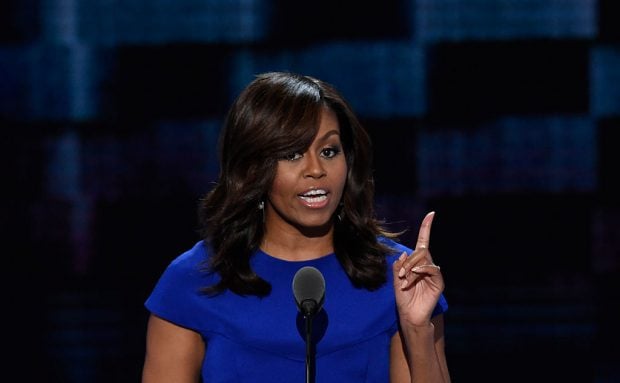 “It’s not something that we can just sweep under the rug as just another disturbing footnote in a sad election season,” she continued. “Because this was not just a lewd conversation. This wasn’t just locker room banter this was a power individual speaking freely and openly about sexually predatory behavior.”

“And actually bragging about kissing and groping women,” she said. “And using language so insane that many of us were worried about our children hearing it when we turn on the TV. And I have to tell you that I listen to all this and I feel it so personally and I’m sure that many of you do to particularly the women.” 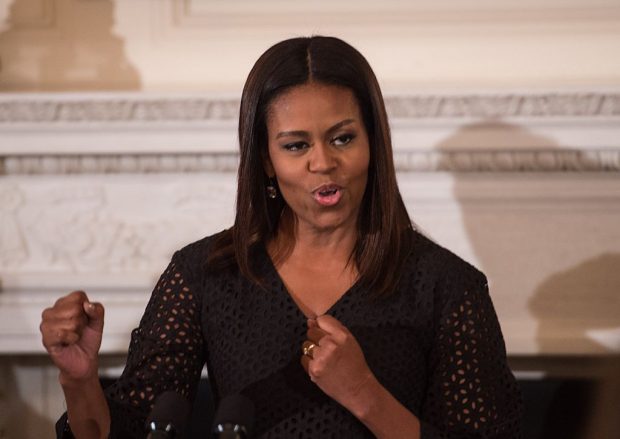 “But New Hampshire be clear this is not normal, this is not politics as usual,” Obama continued. “This is disgraceful. It is intolerable and it doesn’t matter what party you belong to Democrat, Republican, Independent, no woman deserves to be treated this way. None of us deserve this kind of abuse.”

“But if we have a president who routinely degrades women who brags about sexually assaulting women then how can we maintain our moral authority in the world. How can we continue to be a beacon of freedom and justice and human dignity.”