People magazine writer Natasha Stoynoff said Donald Trump pushed her against a wall and kissed her without her permission while she was at his Mar-a-Lago hotel to interview him in 2005.

Stoynoff recounted that she was interviewing Trump and his wife Melania to write a profile on their one-year wedding anniversary. (RELATED: Report: NBC Leaked Trump Tape To Washington Post, Held On To It To Maximize Impact) 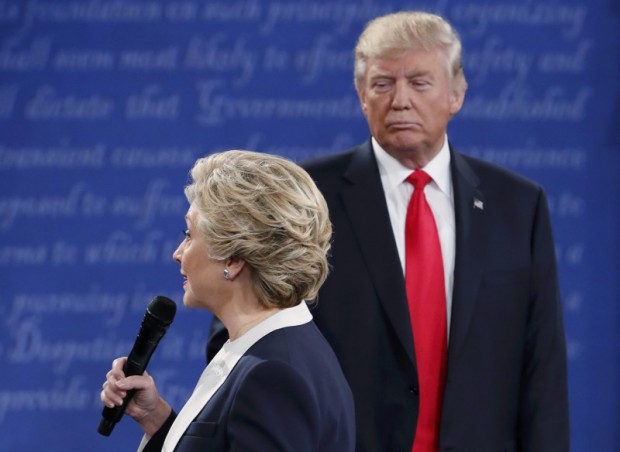 “Our photo team shot the Trumps on the lush grounds of their Florida estate, and I interviewed them about how happy their first year of marriage had been,” Stoynoff wrote. “When we took a break for the then-very-pregnant Melania to go upstairs and change wardrobe for more photos, Donald wanted to show me around the mansion. There was one ‘tremendous’ room in particular, he said, that I just had to see.”

“We walked into that room alone, and Trump shut the door behind us,” she added. “I turned around, and within seconds he was pushing me against the wall and forcing his tongue down my throat. Now, I’m a tall, strapping girl who grew up wrestling two giant brothers.” (RELATED: Report: Billy Bush Negotiating Exit From NBC After Trump Tape Leak)

“I even once sparred with Mike Tyson,” she continued. “It takes a lot to push me. But Trump is much bigger — a looming figure — and he was fast, taking me by surprise and throwing me off-balance. I was stunned.”

“And I was grateful when Trump’s longtime butler burst into the room a minute later, as I tried to unpin myself. The butler informed us that Melania would be down momentarily, and it was time to resume the interview.”

Stoynoff wrote that later in the outdoor patio waiting for Melania to return, Trump leaned over and suggested the two would have “an affair.”

“‘You know we’re going to have an affair, don’t you,'” Stoynoff said he told her. “‘Have you ever been to Peter Luger’s for steaks? I’ll take you.'”

“‘We’re going to have an affair, I’m telling you,”” she added. “He also referenced the infamous cover of the New York Post during his affair with Marla Maples. ‘You remember,’ he said, “Best Sex I Ever Had.'”

“This never happened,” a spokesperson for Trump campaign said. “There is no merit or veracity to this fabricated story.”

Trump denied in the second presidential debate ever kissing or groping women without consent.