On Thursday night, the 69-year-old singer headlined a star-studded fundraiser held at the homes of Casey and Laura Wasserman attended by the Democratic presidential nominee where he praised her “record” of “fighting for equality,” according to the Hollywood Reporter. (SLIDESHOW: 12 Rock Legends You Have To See Before They Quit) 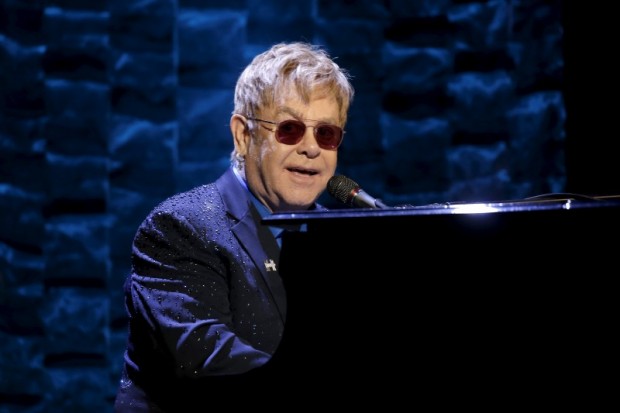 “We need a humanitarian in the White House, not a barbarian,” John said. “She is, without a doubt, the only candidate supremely qualified to lead this great nation in these challenging times.” (VIDEO: Curt Schilling Defends Trump’s ‘Locker Room Talk’)

“I’ve dedicated the past quarter century of my life to the fight against AIDS — to advocating for the human rights of all people … no matter who they are, who they love, or where they live,” he added. “And Hillary has been doing this important work — fighting for equality, for the rights of all people — long before I was. She’s amassed an astonishing record of achievement — unmatched by any American politician today.”

“America is already great — and Hillary is a part of the reason why,” he continued. “So tonight, I’m proud to say: I’m with her!”

According to CNN’s Dan Merica, the nominee raised around $4 million.