In an act of defiance against his own publication, Politico‘s Glenn Thrush said Friday that it’s “rotten” to dig through another person’s emails.

In this case, he’s referring to reporters mining WikiLeaks, which has been dumping thousands of emails from the account of Hillary Clinton‘s top aide John Podesta. In recent days, stories from Podesta’s emails have widely blanketed the internet — many from The Daily Caller but others — including a live blog of them on Politico — The Washington Examiner and more.

Politico‘s live blog is a compilation of stories by a variety of reporters. 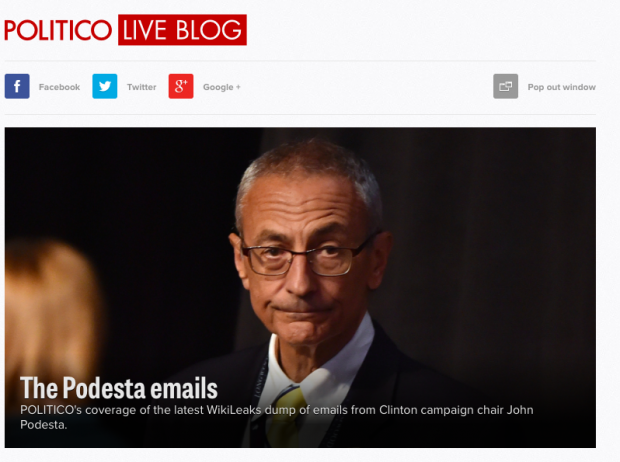 None are from Thrush.

Reporters are obviously allowed to disagree with their editors.

In certain newsrooms they can even shout at their superiors.

Let’s hope Politico is cool with this.