Kristin Cavallari said she believes Donald Trump when he said the lewd comments he made about a married woman were just “locker room talk.” 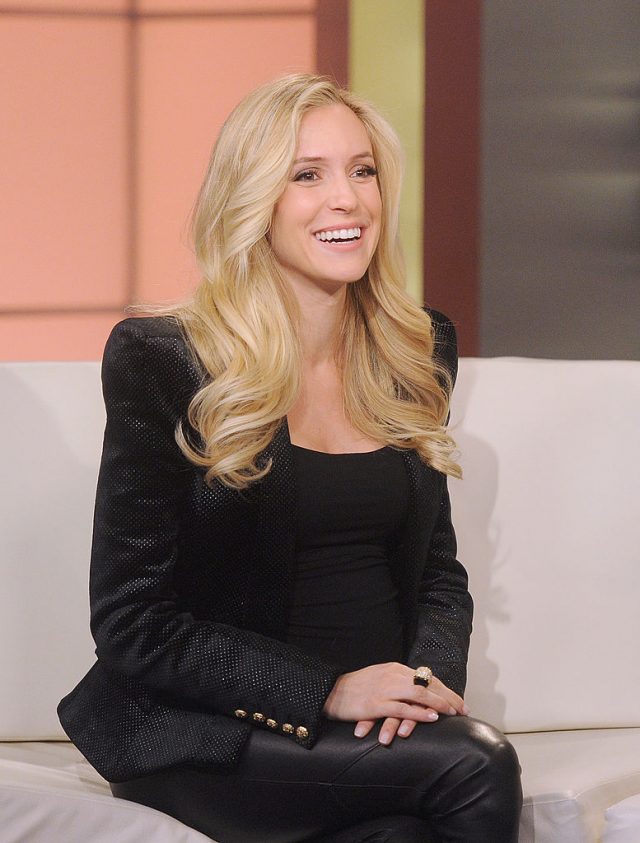 “I can’t just do a smile and walk away?” the reality star joked when she was asked about the remarks the Republican nominee made in a recently surfaced video from 2005. “I actually do think guys do talk like that — they do. However, as a woman, as a mother, no I don’t want to hear that, but guys are kind of sleazy and they do talk about that kind of stuff.”

“Some of my girlfriends talk like that!” she added. (RELATED: This Is The Woman Donald Trump Tried To Sleep With In 2005)

“I do think that kind of talk happens more than we think. Obviously, as a woman, no, I don’t want to hear that guys are talking to women like that.”

The Washington Post obtained a recording several days ago where Trump confides to Billy Bush during a bus ride to the set of “Days of Our Lives” that he attempted to sleep with a woman named Nancy O’Dell by taking her furniture shopping.

He said she denied him because she was married. (RELATED: Nancy O’Dell And Her Husband Are Separating)