Department of Veterans Affairs (VA) officials tried to destroy their employee Brandon Coleman for exposing their incompetence, but he got the last laugh: after a legal settlement with the agency that wronged him, he’s bought a house and multiple cars, including a 1968 Mustang he rides into work with the license plate “THX VA.”

“The VA forbids whistleblowers from public discussion of settlement amounts or if we were paid off to make problems go away, so here is what I will say,” he told the Daily Caller News Foundation.

“Miraculously this summer I was able to get my finances in order to the point my wife and I paid off every bill we have, and were able to help our kids purchase vehicles and one of our active duty marine sons buy his first home. I was also able to help out my mom.”

Two weeks after Coleman, then a counselor at the Phoenix VA, told the media how the hospital mistreated suicidal vets, then-hospital director Glen Grippen called a meeting to figure out how to fire him. They said he committed an act of violence, which a subsequent investigation found there was precisely zero evidence of.

Coleman ran a highly successful addiction therapy program for the VA, and they shut the program down.

The career bureaucrats bullied the disabled Marine for calling attention to their incompetence, with one dressing up in a Halloween custom that mocked him for his tattling, his military service, disability, and even weight. 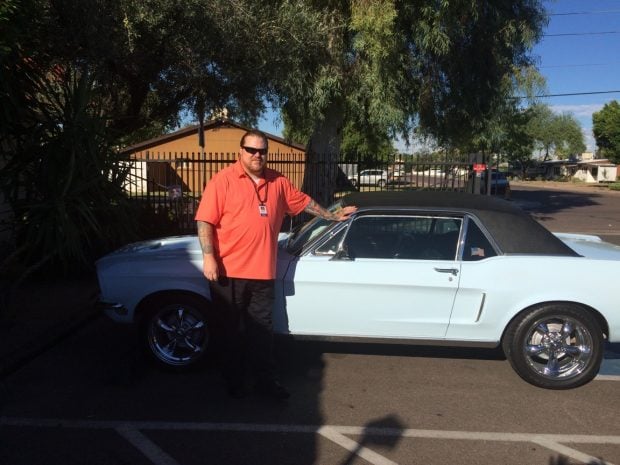 In January, a VA Office of Accountability Review report found that the VA chain of command was punishing him for not covering up its flaws, and he entered into a settlement five months later.

As TheDCNF has documented, the VA routinely pays out money to compensate for misconduct by supervisors, then doesn’t discipline or fire the employees who caused taxpayers to incur that expense.

The director retired with no punishment, and an employee who improperly accessed Coleman’s medical records was promoted, he said.

A VA official pulled one of the agency’s favorite moves to a congressman when asked last month whether the Halloween costumed employee had been disciplined. Coleman said she trotted out the familiar line that the reason he had not been was because “investigations are ongoing” — a year after the incident, which was photographed — even though there had been no “investigative” activity, and “in reality all investigations went away the day I settled.”

The Halloween dresser is still employed, and Coleman’s supervisor, who was smiling in the Halloween photo, has been promoted.

Coleman said the irony is that his newly wealthy status comes after he put integrity and serving veterans over the blind pursuit of a government paycheck and bonuses, which Phoenix employees manipulated wait-time data to get.  (RELATED: Vets Face Long Waits To Leave VA For Private Care)

In a cynical swinging of the pendulum, however, some bad VA employees have now begun to call themselves “whistleblowers” to seek payouts or prevent their firing, since ethics officials are now sensitive to people being punished as retaliation for exposing scandals.

They claim that complaining that their unit should have a bigger budget, or that they should have more favorable working conditions count as whistleblowing, and therefore any discipline for actual misconduct they commit can’t take place or they will cry “retaliation.”

For example, Yolanda Cobia didn’t care at all that her colleagues brought their kids to work and watched movies all day and then billed for overtime–until she got caught with a weapon at work. Suddenly she found moral fiber and was a self-styled whistleblower.

The VA has paid 150 employees $5 million in settlements in the last two years.

But many of those were used in other ways than to compensate someone for being wronged. One was to make whistleblowers resign so they won’t be around to catch corruption, such as a $305,000 offer to quit and not reapply that VA director Dewayne Hamlin offered an employee who played a role in exposing Hamlin’s arrest.

Another was to pay employees who committed wrongdoing, but can’t be fired because of civil service or union loopholes. When the VA wants them gone, it rewards them with payments that require them to quit, including an $86,000 settlement, ironically, to a hospital director who it wanted gone because he had retaliated against whistleblowers. 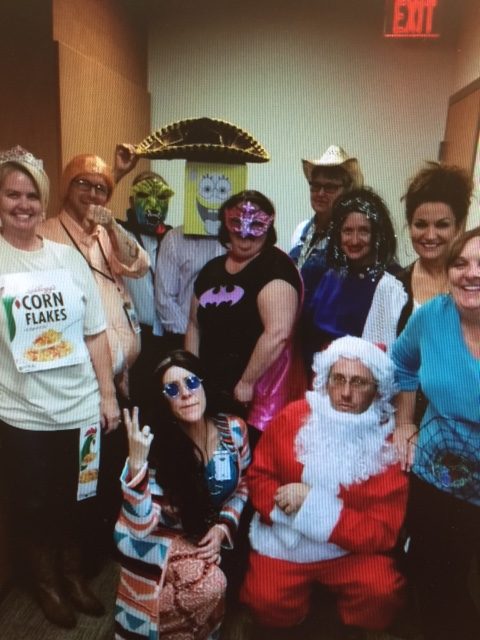 2nd from left, a colleague mocks a whistleblower, while his supervisor joins in / Provided by Brandon Coleman to TheDCNF