Another incredible weekend of college football is officially done, and that means it’s time for the latest playoff power rankings.

Here are the best teams poised right now for the playoffs.

Quarterback J.T. Barrett and the Buckeyes have arguably the most impressive win of the year after this weekend. Urban Meyer’s led team went into Madison and beat the Wisconsin Badgers 30-23 in overtime. They showed they were capable of moving the ball through the air and on the ground in rainy conditions. Wisconsin previously held Michigan’s electric offense to only 14 points, but the Buckeyes more than doubled that effort. Barrett and his team are the real deal and there should no longer be any doubt after their performance against Wisconsin. An undefeated matchup to end the season with Michigan looms on the schedule and that game could be incredible. 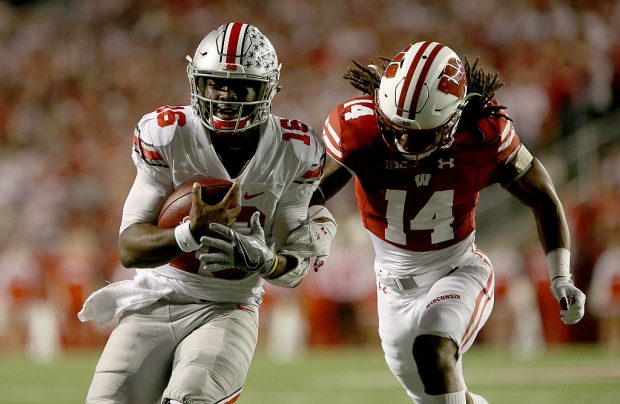 MADISON, WI – OCTOBER 15: D’Cota Dixon #14 of the Wisconsin Badgers chases after J.T. Barrett #16 of the Ohio State Buckeyes in the first quarter at Camp Randall Stadium on October 15, 2016 in Madison, Wisconsin. (Photo by Dylan Buell/Getty Images)

The Wolverines were on a bye week, but their previous win against Wisconsin in week five looks all that more impressive given how tough Wisconsin played Ohio State. The rest of the Wolverines’ schedule isn’t too tough so there’s little doubt Jim Harbaugh’s team will be poised for a potentially outstanding playoff run.

The Crimson Tide got their most impressive win of the season on Saturday when they blew out Tennessee 49-10. Alabama rushed for over 400 yards on the ground and quarterback Jalen Hurts chipped in 143 through the air. Alabama plays Texas A&M this upcoming weekend and it’s the toughest game on the Tide’s schedule. A win against the Aggies almost certainly guarantees them a spot in the playoffs. 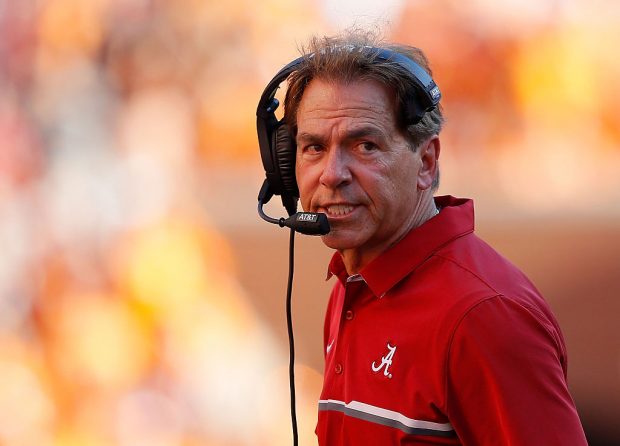 KNOXVILLE, TN – OCTOBER 15: Head coach Nick Saban of the Alabama Crimson Tide looks on during the game against the Tennessee Volunteers at Neyland Stadium on October 15, 2016 in Knoxville, Tennessee. (Photo by Kevin C. Cox/Getty Images)

Clemson might be undefeated but they still suffered a major hiccup on Saturday needing overtime to defeat North Carolina State. Heisman finalist quarterback Deshaun Watson was the lone bright spot against the Wolfpack. He threw for 378 yards and two touchdowns. The Tigers can play bad against North Carolina State and still win, but that mistake will likely result in a loss against any top ten team. 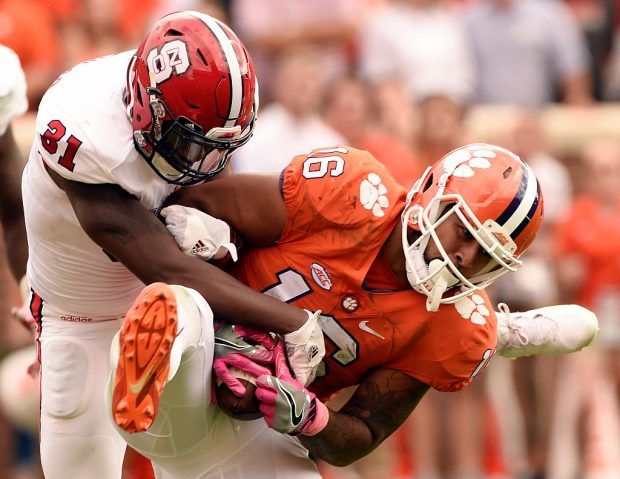 The Huskies were on a bye week and play Oregon State next. Washington has a clear path to the a PAC-12 championship barring an unexpected disaster.

The Aggies were on a bye week and play Alabama next. The good news for the Aggies is that Nick Saban historically loses to solid teams with dual-threat quarterbacks, and A&M signal caller Trevor Knight already beat Saban when he was the quarterback at Oklahoma. If the Aggies make some plays down the stretch against Alabama and find a way to win the game then they control their own destiny heading towards the playoffs.