In June 2014, Washington D.C. superlobbyist Tony Podesta needed help getting the governor of Puerto Rico — one of his firm’s clients — into a photo-op with President Obama, and he knew just who to contact: his brother, John Podesta.

Tony Podesta, the chairman of the Podesta Group, emailed his younger sibling on June 10, 2014 asked for “help” or “advice” on how to get Puerto Rico’s governor, Alejandro Garcia Padilla, involved in the bill signing. And voila, the beleaguered Padilla was on stage behind Obama at event, held the next day.

The favor is revealed in emails hacked from John Podesta’s Gmail account and released by WikiLeaks.

And it’s not the only example of Podesta, Hillary Clinton’s campaign chairman, being asked for favors by — and opening doors for — lobbyists.

Other emails show that Tony Podesta asked his brother — with whom he co-founded the family business in 1988 — for favors as recently as last year, after John had started working for the Clinton campaign.

“Will u email/call Dennis asking him to see Gov and me,” he wrote. It is unclear from the email who Dennis is.

And in a March 4, 2015 email, Tony asked John for more help on another Puerto Rico issue.

“Can you call me today re PR Need advice not action,” he wrote.

Still more hacked documents show that one lobbyist for a group that supports open trade for Cuba said in an email in which he asked for help in getting in touch with Valerie Jarrett, Obama’s senior adviser, that he would make a $5,000 payment from his super PAC at a fundraiser hosted by Tony. 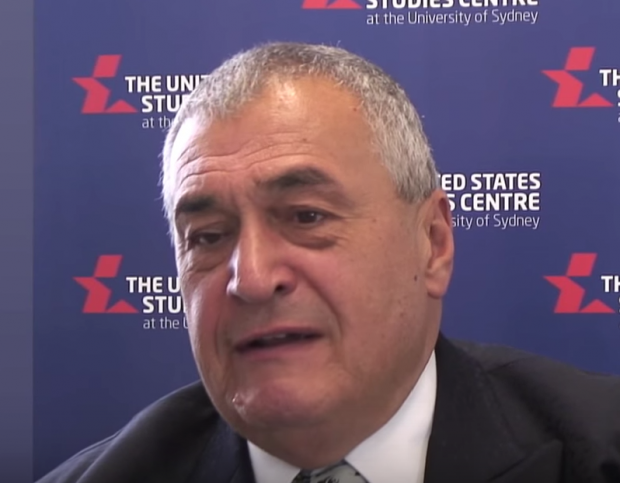 The emails undercut the lobbyist’s claim, which he made in 2010, that he did not use his relationship with his brother to open doors at the White House. It also raises questions about whether Tony will lean on John if the latter takes a role in a Clinton White House.

“People approach us and say, ‘Can you call your brother and get him to call the president,’ and we’ll say, ‘No.’ It’s not what we do. We don’t do access lobbying,” Tony told The New York Times in a 2010 profile.

Puerto Rico’s Treasury Department has paid the Podesta Group $1.9 million for its lobbying services since 2013. The issues range from infrastructure funding to tax treaty issues and the Puerto Rico bankruptcy bill.

But Podesta, who has bundled more than $250,000 in donations for Clinton’s campaign, also sought to provide small services, such as Padilla’s symbolic appearance at the Obama bill signing.

The bill was to award the Congressional Gold Medal to the Borinqueneers, a Puerto Rican infantry regiment.

“But pierluisi is on stage as cosponsor…Gov got bill thru senate but got stiffed at signing…Help? Advice?” Podesta wrote, referring to Pedro Pierluisi, the current Commissioner of Puerto Rico.

John responded: “Call ZEINTZ IN AM.”

That’s most likely a misspelling of Jeff Zients, an Obama economic adviser and director of the National Economic Council.

As The Washington Examiner noted, photos from the signing show that Padilla was able to secure a high-profile spot behind Obama at the event.

Other emails in the WikiLeaks dump show that Padilla sometimes bypassed Tony Podesta and communicated directly with his brother.

On June 13, 2014, three days after the White House event, Padilla emailed the White House adviser asking him to help set up a meeting for him with General Electric. The conglomerate was set to announce that it would be closing two plants on the island.

“I would be terribly grateful if you can ask the Company’s senior management to grants [sic] us an opportunity to meet before they proceed with this decision to outsource jobs,” Padilla wrote to John.

He said that he had reached out to New Jersey Sen. Robert Menendez and that he hoped to be able to connect with Valerie Jarrett.

Podesta told Padilla that Jarrett would be in contact with GE’s CEO, Jeff Immelt.

“Valerie will weigh in with Immelt as long as lawyers say it’s ok,” he wrote.

The next month, GE announced that while it was cutting jobs at the two plants, it would build a new $20 million facility in northern Puerto Rico.

The requests for Podesta’s help did not stop when he left the White House last February for the Clinton campaign.

On June 30, 2015, Luke Albee, a senior adviser and lobbyist at Engage Cuba, a special interest group that supports open business relations with Cuba, asked John to help him set up a meeting with Jarrett.

He also offered to donate $5,000 from the group’s super PAC at a July 21 fundraiser hosted for Vermont Sen. Patrick Leahy at Tony Podesta’s home.

“Can you help me and my two partners get an audience with Valerie Jarrett so we can talk through harnessing the business community on this?” Albee asked in the email. (RELATED: Email: Lobbyist Asks For Meeting With Valerie Jarrett And Offers $5,000 In Exchange)

“I think our new pro-engagement pac can contribute $5k to the event,” wrote Albee, who was Leahy’s chief of staff in the 1990s and 2000s.

That contribution was made, election finance records show.

New Cuba PAC, Engage Cuba’s political action committee, made two contributions totaling $5,000 to Leahy’s campaign on Sept. 22, 2015. John Podesta contributed $1,000 of his own several days later after receiving an email from a fundraiser asking about his pledge for the July 21 dinner. Several Podesta Group employees contributed to Leahy at around the same time.

On the same day of the dinner, Leahy signed on as a co-sponsor for the Puerto Rico Chapter 9 Uniformity Act, a Senate bill which would help Puerto Rico negotiate its debt.

Leahy has also been a strong supporter of renewing ties to Cuba. And in a speech on the Senate floor last December, he asked for a memo from Engage Cuba to be added to the public record at the end of his remarks.