North Dakota authorities say slaughtered and missing livestock have been reported around the area of the Dakota Access Pipeline protest camp.

“The issue is [the protesters] are leaving the peace camp. In fact, in many cases we have situations where they’re not anywhere near that area, and they’re camping out in different areas and there’s guerrilla tactics and warfare that’s implemented. They go out and strike and run and it’s an issue,” North Dakota Agriculture Commissioner Doug Goerhring told GCN Radio’s Scott Hennen. 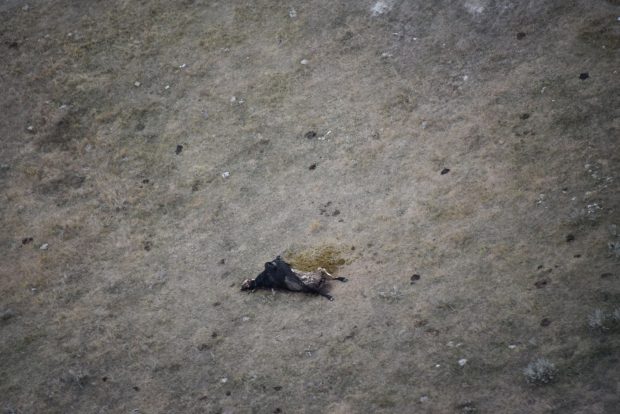 Goehring explained, “They’re trespassing on private property, they’re destroying property. Now we’ve been able to confirm numerous animals that are missing, have been slaughtered. We have issues where people can’t even travel out there in the countryside, back and forth to their farms and their ranches, going to the pasture, going to the fields. They can’t get harvest done, they can’t get truck drivers in the haul grain out.”

“There are other stories and reports that we’ve had where individuals, farmers and ranchers, have been stopped out on the county roads and either with a couple vehicles behind them and then individuals just sit there and stare at them with masks on. That’s not the way we do things around here and that’s terrorizing,” Kirchmeier said.

The Standing Rock Sioux tribe and environmental protesters have been agitating aginst the construction of the 1,100-mile (1,886-km) pipeline in North Dakota for the past few months claiming it threatens their water supply and sacred sites.

Reuters reported Monday that construction equipment for Dakota Access LLC’s $3.7 billion oil pipeline incurred around $2 million in damage after individuals intentionally set fire to the gear over the weekend in Iowa.