HBO’s new Sunday night series, “Westworld,” has taken the TV-watching world by storm. It presents us with a not-so-distant-future, in which A.I. technology is so advanced that the androids are nearly indistinguishable from the humans. The only thing that separates the robots from the people is human consciousness. At least for now.

Sunday’s episode of “Westworld” introduced viewers to the “bicameral mind theory.” Dr. Robert Ford, played by Anthony Hopkins, says that his erstwhile business partner Arnold believed the bicameral mind would “bootstrap consciousness” in the androids. According to Ford, the theory has been debunked as an explanation for the development of human minds but could still hold true for the “minds” of robots.

Considering that the season finale will be titled “The Bicameral Mind,” there is no doubt that this psychological hypothesis will be very important to this show going forward.

If you are like me and are curious by nature, this certainly leaves you desirous of more information about this apparently “debunked” theory. Lucky for you (and me), all the background you need is available in one source, a book called “The Origin Of Consciousness in the Breakdown of the Bicameral Mind.” It was in this book that psychologist Julian Jaynes proposed his bicameral mind theory in 1976. And while the hypothesis has not exactly been debunked, few other scholars have ever seriously touched the topic. 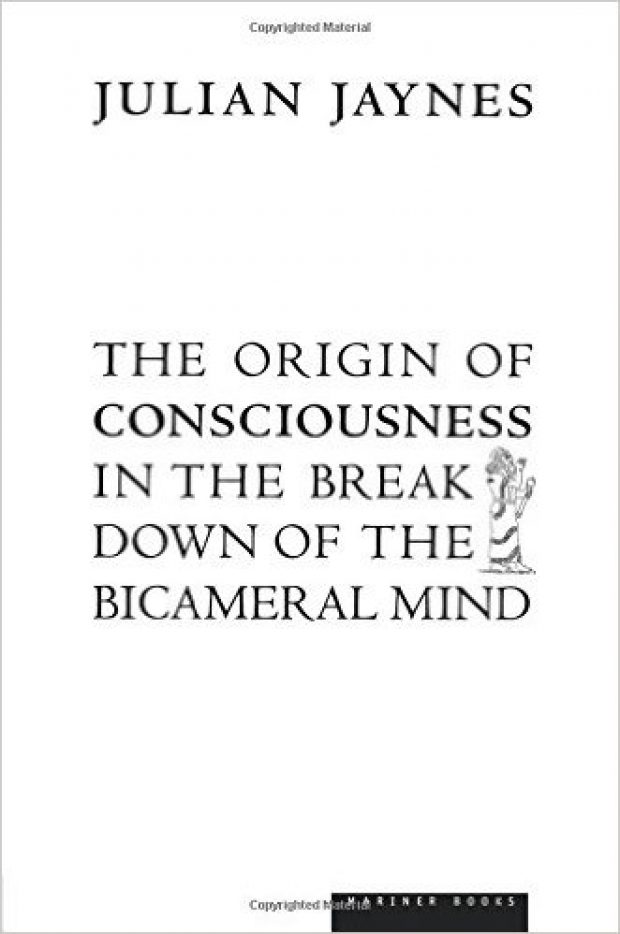 While most decades-old psychology tomes eventually goes out of print, the bicameral mind has stayed relevant enough that “The Origin of Consciousness” can still be purchased. Here is the synopsis from Amazon:

At the heart of this classic, seminal book is Julian Jaynes’s still-controversial thesis that human consciousness did not begin far back in animal evolution but instead is a learned process that came about only three thousand years ago and is still developing. The implications of this revolutionary scientific paradigm extend into virtually every aspect of our psychology, our history and culture, our religion — and indeed our future.

While it remains to be seen how exactly this all plays into the mythology of “Westworld,” it certainly makes for some interesting reading as we eagerly await next week’s episode.

WATCH The Trailer For ‘Westworld’: