Money runs politics, and the charts below show just how much of it has been raised and spent on the 2016 presidential election.

New research by payment service provider WePay provides some amazing revelations about the election’s finances. First and foremost, Republican nominee Donald Trump — despite investing millions of his own money in his campaign — is sorely behind Democratic nominee Hillary Clinton when it comes to cold, hard cash. 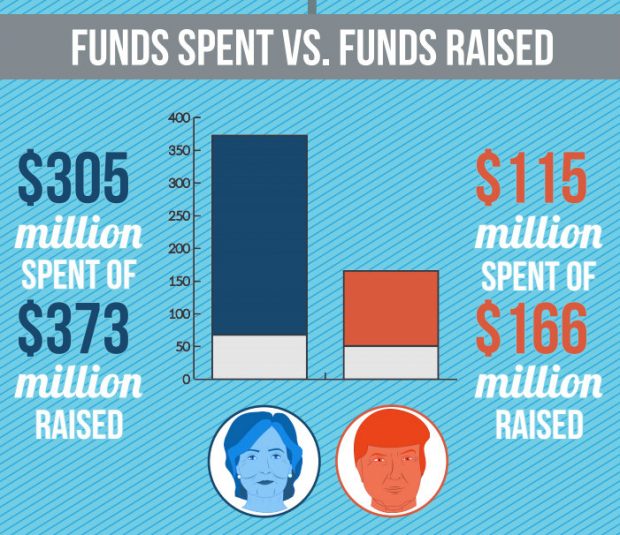 Clinton has more than doubled the amount of money raised and spent by Trump. These numbers do not include tens of millions raised for each candidate outside of their committees. Clinton has raised approximately $143.5 million in outside money, while Trump has collected only around $40 million. 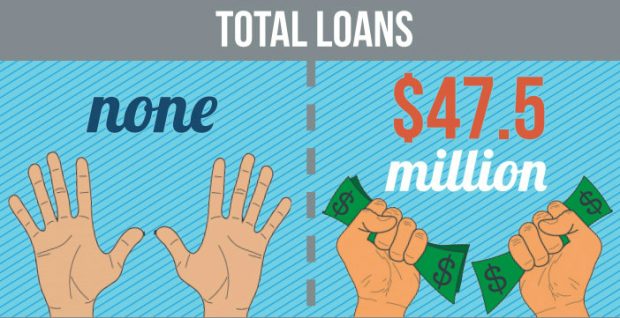 Unlike Clinton, the Trump campaign has at taken on at least $47.5 million in loans. The important factor is that those loans came from Trump himself, though he eventually forgave the loans in July. 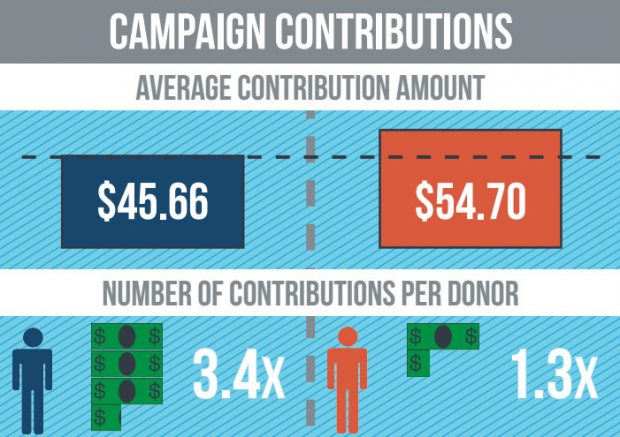 The number of contributions by state for each candidate offers a telling example of potential voting behavior. The graphic above shows that two candidates are surprisingly close in states like California, but disparate in others. Additionally, Trump appears to have an edge in some key electoral states like Florida, North Carolina and Ohio.

Contributions by gender are probably the least surprising figures regarding this year’s elections spending. Trump has a strong lead on male contributions, while women make up more than 60 percent of Clinton’s contributions. 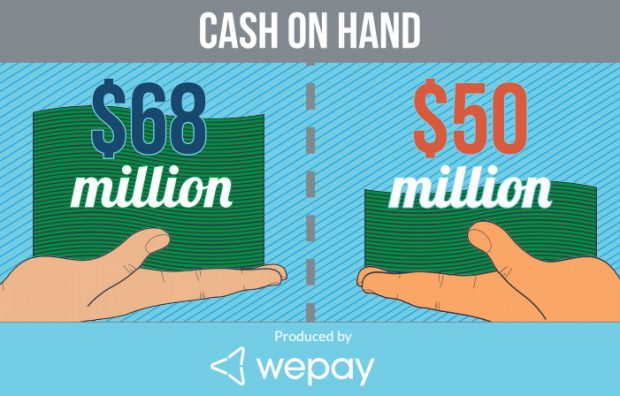 With less than 19 days left until the election, both candidates are likely going to spend as much as they can in a last ditch effort to secure votes across the country. While Clinton has drastically outspent Trump, their cash on hand is somewhat closer in number.

NOTE: Some sources for figures have been updated since WePay’s initial production of the images above.