A University of Washington atmospheric sciences and meteorology professor is making headlines this week for observing how bad the federal government sucks at making accurate weather predictions.

The professor, Cliff Mass of the University of Washington, says that weather forecasting in the United States is woefully inaccurate — and laughably technologically inferior — compared to both the European Center for Medium-Range Weather Forecasts and the UKMET model, which is purely British.

Just this month, Mass has pointed to Hurricane Matthew and a Seattle area windstorm as examples of the U.S. National Weather Service’s taxpayer-funded awfulness. 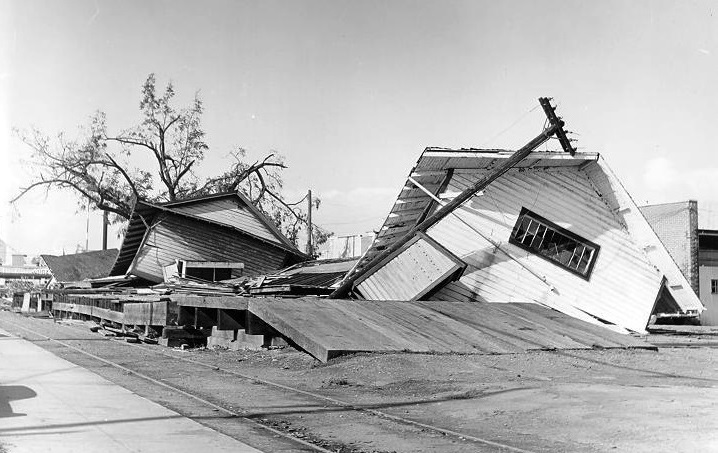 This weekend’s windstorm, while quite gusty, was a total dud, according to Seattle radio conglomerate MyNorthwest.com.

The big problem in terms of forecasting, Mass wrote on Tuesday on his Cliff Mass Weather Blog, was that the track forecast by the National Weather Service was off by some 60 miles. It was really windy, sure — but way out in the ocean. Also, meteorologists “did not effectively communicate the changing threat of this storm and the uncertainty in the forecasts.”

The federal government’s forecast for Hurricane Matthew was even more embarrassingly wrong, according to Mass.

At one point, the professor showed in a graph, the prediction model used by the National Hurricane Center was wrong by over 325 nautical miles in forecasting Hurricane Matthew’s path.

To put that distance in perspective, 325 miles is close to the straight-line distance from Washington, D.C. to Toronto, Ontario.

The European Center and the UKMET model were much more accurate in predicting what Hurricane Matthew would do.

“The results are STUNNING,” Mass wrote in his discussion of the graph. “U.S. loses big time.”

Mass blames institutional incompetence by the National Oceanic and Atmospheric Administration for America’s bad weather forecasts. In a nutshell, the professor charges, the Silver Spring, Maryland-based agency can’t manage itself out a rain-soaked paper bag.

Taxpayer-funded scientists have produced a number of great weather-predicting innovations, Mass said, but — thanks to a bungling bureaucracy — actual government meteorologists who make actual weather predictions in 122 local offices around the United States don’t have access to a lot of that technology.

“Weather prediction has become immensely better, but they are not fulfilling their potential,” Mass told MyNorthwest.com. “They could be far better.”

He also points to what he believes is inefficient use of a supercomputer the agency obtained in 2012 after Hurricane Sandy.

Extreme weather events kill over 500 Americans each year, the professor noted, and America’s transportation industries stand to lose vast sums of money whenever predictions are inaccurate.

Meanwhile, the National Weather service regional office in Seattle defended its bad forecast about the windstorm by saying that their job is just too hard for them to do well.