Ohio State suffered a shocking loss to Penn State this week while Alabama continued to roll. If the playoffs started today, there are only five realistic teams with a shot and these are those five teams.

The Wolverines are now in the top spot after Ohio State was stunned by Penn State. Michigan throttled a below average Illinois team to the tune of 41-8. Harbaugh’s squad threw for 291 yards with another 270 yards on the ground. Right now Michigan is without a doubt the best team in the Big Ten and has a resume as impressive as anybody in college football. 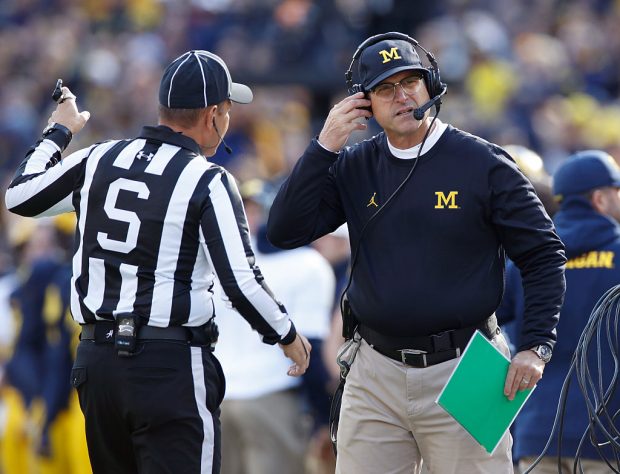 The Crimson Tide looked incredible in the second half against Texas A&M. The offense was firing as they beat the Aggies 33-14. Alabama dominated the ground attack while stopping Trevor Knight from repeating what he did to Saban while he was Oklahoma’s quarterback. Nobody in the SEC can match Alabama and few teams nationally could either. Their final tough test of the season will be on Saturday against LSU on the road. If they win that game go ahead and pencil Alabama into the playoffs. Unfortunately for Alabama their two most impressive wins against Ole Miss and Arkansas look far less impressive after Arkansas beat Ole Miss and then was blown out by Auburn, while Ole Miss went on to lose to LSU. 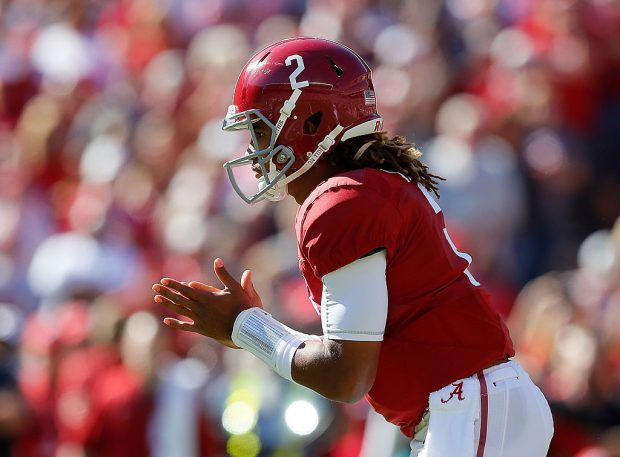 Clemson and head coach Dabo Swinney had a bye week this week. The Tigers have looked great in some weeks and sub-par in other games. Quarterback Deshaun Watson is an elite talent, but the team around him remains unproven.

It’s hard to believe how dominant the Huskies have been this season. This week they blew out Oregon State 41-17, and quarterback Jake Browning threw for almost three hundred yards and tossed three touchdowns with no interceptions. Washington will likely remain untested until the PAC-12 championship and they’re primed for a playoff spot.

The Cornhuskers have been one of the biggest surprises of college football this season. They have won games they weren’t even expected to be in. This week they struggled early against Purdue but eventually pulled out a 27-14 win. Nebraska has to go onto the road next against Wisconsin and a victory in that game will have them in perfect position to make the Big Ten title game. 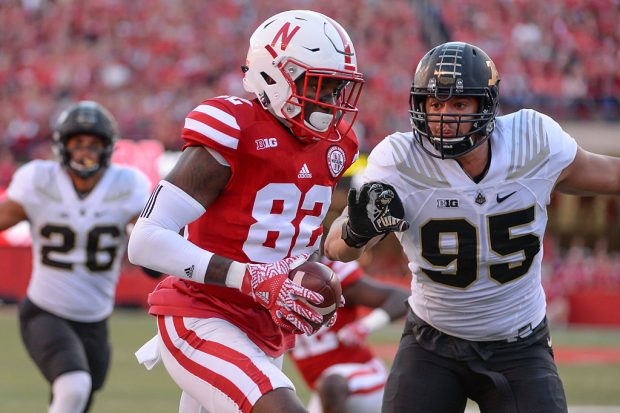 Check back next week for the latest rankings.

1
Tucker Carlson Insists Biden 'Will Not Be The Democratic Nominee.' Here's Who He Predicts Will Assume The Mantle
Media
2
Trish Regan Out At Fox Business
Media
3
'Shocking' And 'Hackish': Media Pundits Attack Dr. Birx After She Touts Trump's Response To Coronavirus
Media
4
EXCLUSIVE Half-Hour Interview With Donald Trump Jr — Why He Wouldn't Be 'Surprised' If Cuomo Wins Dem Nomination Over Biden And More
Politics
5
David Hookstead Quit A College Class During A Test. How It Happened Is Laugh-Out-Loud Funny
Editorial