After Senate Minority Leader Harry Reid called Trump a “fraud” during a rally in Las Vegas Sunday afternoon, the crowd started chanting “lock him up.” Reid reportedly smiled during the chant. 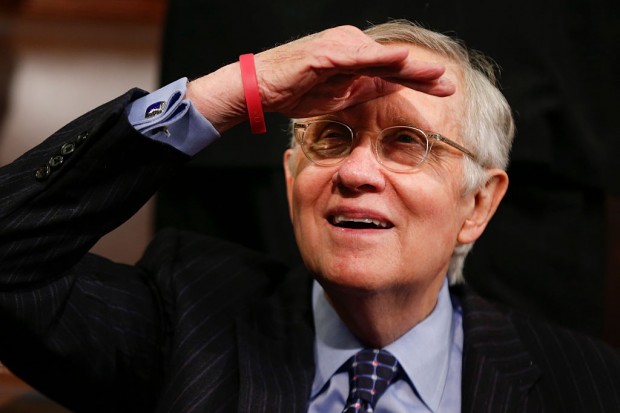 Senate Minority Leader Harry Reid of Nevada looks up into the balcony prior to US President Barack Obama’s State of the Union address before a Joint Session of Congress on Capitol Hill in Washington, DC, January 12, 2016. AFP PHOTO / POOL / EVAN VUCCI / AFP / POOL / Evan Vucci

A conflicting report said that Reid called Trump a “racist” and then the crowd yelled “lock him up.” President Barack Obama is scheduled to speak at the rally.

“Lock her up” chants have been a mainstay at Trump rallies this election. Clinton has said they make her feel sad.