A Syrian refugee is reportedly receiving nearly $400,000-a-year from the German government to support his four wives and 23 children.

According to the Express, the refugee — known as Ghazia A — settled in Montabour, Rhineland-Palatinate after fleeing Syria last year.

Germany does not formally recognize polygamous marriages, so Ghazia was forced to label one of his four women as his “main wife” and settle his other three families in the surrounding area, with some of them living as far as 31 miles away. 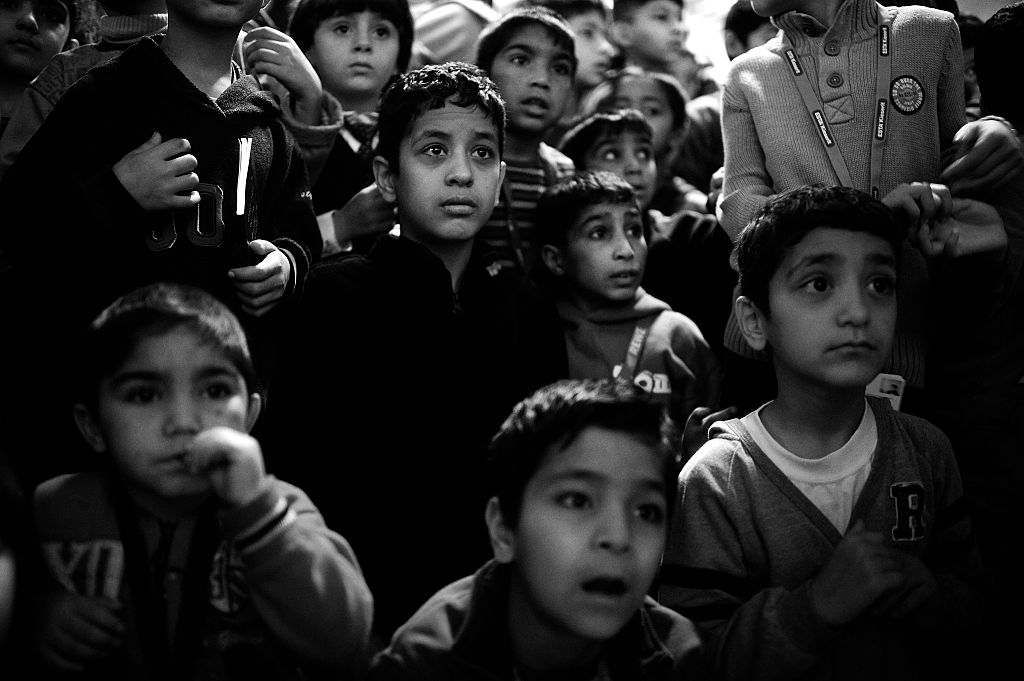 Children from Syria and Afghanistan look at a volunteer dressed as Santa Claus while greeting them at a shelter for migrants and refugees on December 24, 2015 (Getty Images)

This makes it nearly impossible for Ghazia to hold down a job.

Ghazia used to work as a mechanic in Syria, but he told a German newspaper that, under under the teachings of Islam, “it is [his] duty to visit every family and to be with them,” leaving him no time to earn a paycheck.

However, a German law “exemption” allows him to provide for his family through benefits.

An official for the German Employers’ Association told the Express that Ghazia and his family members could be claiming up to 358246.63 Euros ($390032.00, £320,000) per year, yet that figure could not be officially confirmed.

Thankfully, Ghazia’s financial burden will lessen in future years, as one of his daughters just moved to Saudi Arabia to be married.