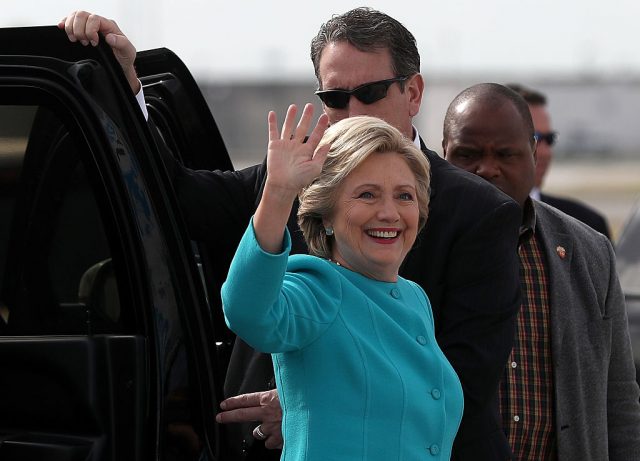 During an interview with “The Breakfast Club” Wednesday, Charlamagne Tha God showed the Democratic nominee several memes that compare her outfits to ones that rappers like Tupac Shakur, Snoop Dogg and Suge Knight have worn.

“I think Death Row and a lot of other fashion sources have influenced my look,” Clinton laughed. “Don’t you?”

“I think Death Row and a lot of other fashion sources have influenced my look” – A thing Hillary Clinton said pic.twitter.com/ygmSutm3Dk

We gone sit here and act like Hillary Clinton ain't been representing Death Row Records at all 3 debates? pic.twitter.com/z6ZWzQJ6O6

Death Row is a West Coast-based record company that has represented a slew of popular rappers, including Tupac, Dr. Dre and Snoop Dogg.

“The Breakfast Club” is the same radio show that Clinton sat down for an interview with in April when she said that hot sauce was the one thing she always carried in her bag. (RELATED: Hillary Clinton Tells Black Radio Host She Carries Hot Sauce In Her Purse)