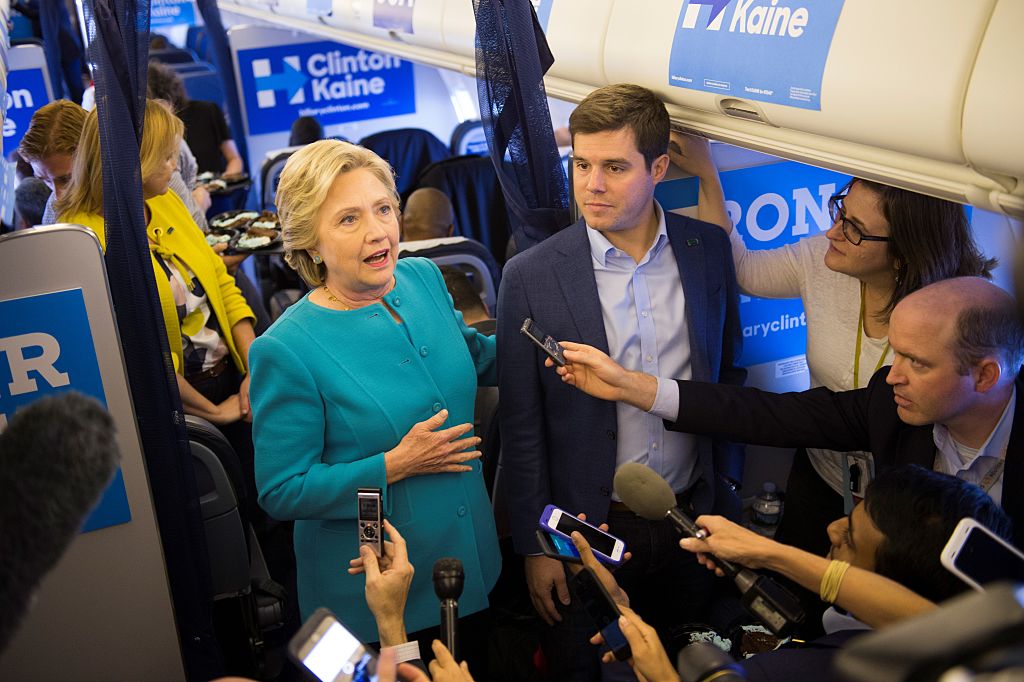 Hillary Clinton stands beside staff member Nick Merrill and takes questions from the traveling press on her plane while en-route from Tampa, Florida to Laguardia Airport in New York on October 26, 2016. (Getty Images)

The article explained how despite her past positions, the former secretary of state now — days before the Supreme Court began hearing oral arguments in Obergefell v. Hodges — believed same sex couples have the constitutional right to be married, a clear departure from her prior “ambiguous” position on the subject. (RELATED: Leaked Emails Show Clinton Camp Struggling Over Gay Marriage Position)

“Did anyone hear from Alan, and more importantly does anyone know him?” Merrill wrote. “Because this is ridiculous.”

“Yes he and chozick reached out to me earlier – but per or call we decided to hold tight until nick and Jen talked to gaggle in iowA, [sic]” answered spokeswoman Adrienne Elrod. “We also have outstanding requests from Anne Gearan and tumulty (both emailed me). [sic]”

“Do you guys want me to walk them through what we discussed on call on background? Just didn’t want to do anything until I heard how gaggle went. [sic]”

“Can we find out if this is going to turn into a paper story and we can go back into it if so?” Merril asked in response. 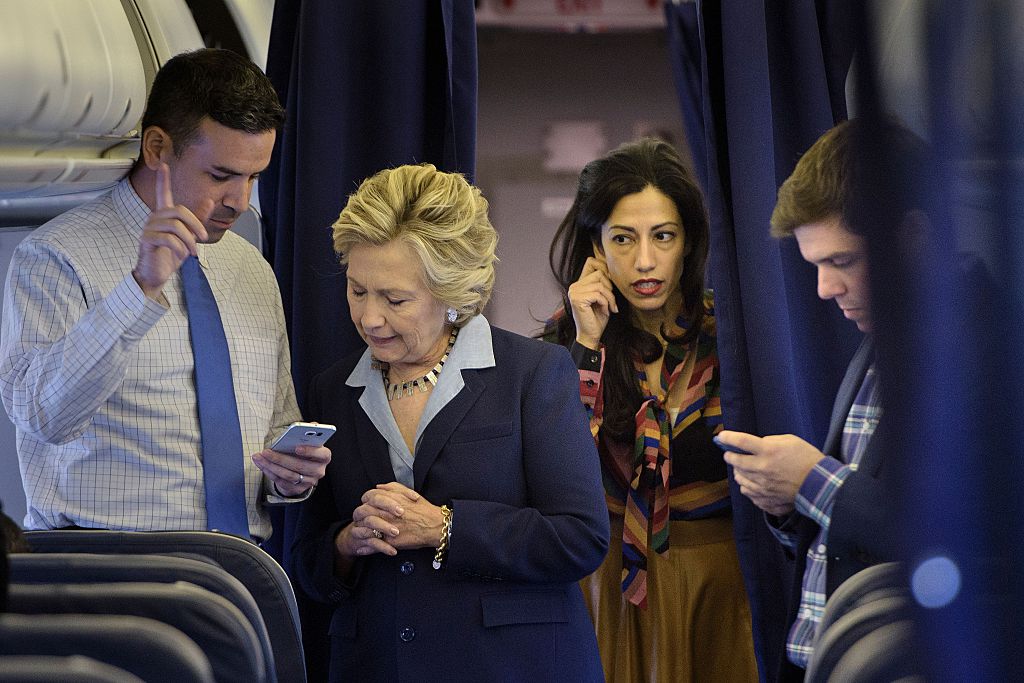 Strategic communications advisor Karen Finney suggested pointing to “those who are writing to the 2013 video in which she supports marriage equality from both a policy and legal standpoint to push back on the point this is not a flip flop.”

[dcquiz] One hour later, communications staffer Ians Sams responded that he had “talked to Alan.”

“This is not going into paper tomorrow. Said he can’t promise it won’t get folded into larger piece down the road, but the first draft post is it for now. [sic]”

Finally, Finney conceded that the campaign will “have to deal with the flip-flop question eventually.”

Finney also asked Elrod in a separate email if there was “anything” she would need to know, regarding the so-called non-flip, for “the Ed Show.”

“Nope,” Elrod answered. “He may asked if she flipped, but of course that’s not the case, and you know your points on that. [sic]”

Finney did appear on the April 15, 2015 MSNBC broadast of “The Ed Schultz Show,” yet Schultz did not ask her about Clinton’s position on same sex marriage.