The FBI has reopened its investigation into Hillary Clinton’s misdeeds, an October surprise with only 11 days until the November 8 election. This election is not over yet. After all, Hillary Clinton might still end up in prison. And as the possibility of Ms. Clinton spending the rest of her days behind bars increases, so does the need for American patriots to advocate that position.

You can do just that by getting one of these limited edition “Hillary for Prison” shirts. They are available as T-shirts, long-sleeve tees and even sweatshirts. 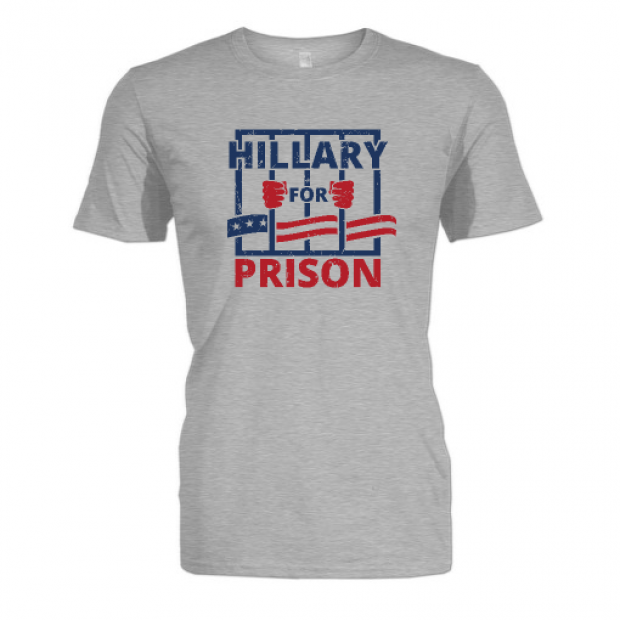 This girl got a shirt before it was too late (Placeit)