Twitter went nuts after the FBI announced it was reopening the investigation into Hillary Clinton’s use of a private email server while she was secretary of state.

In a letter to Congress Friday — less than two weeks before the presidential election — the director of the FBI said his team had uncovered new emails that “appear to be pertinent to the investigation.” (RELATED: FBI Re-Opens Investigation Into Hillary Clinton’s Emails)

“I am writing to inform you that the investigative team briefed me on this yesterday, and I agreed that the FBI should take appropriate investigative steps designed to allow investigators to review these emails to determine whether they contain classified information, as well as to assess their importance to our investigation,” James Comey wrote. 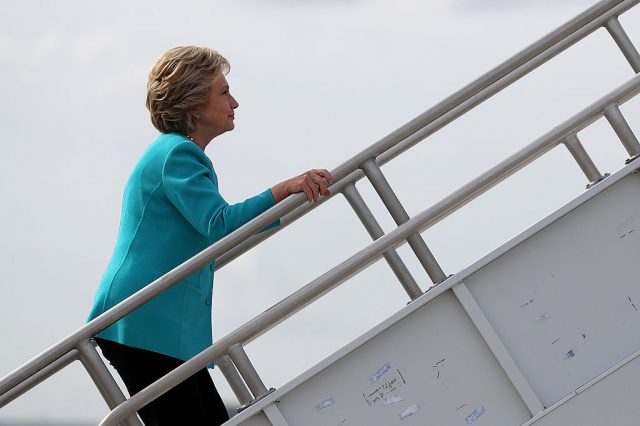 FBI reopening case on Hillary Clinton and her emails!! Yes, please put her in jail!

No right wing conspiracy @HillaryClinton that finally @SpeakerRyan opened a new investigation into your crimes today YAY! your going to jail

@HillaryClinton YOURE GOING TO JAIL! pic.twitter.com/UdQNt7vZ6v

FBI re-opening Killarys emails investigation! Time’s up Killary! You will be put into prison this time!

@TeamTrump FBI JUST CAME OUT STATING THEY ARE REOPENING THE INVESTIGATION ON HILLARY CLINTON EMAILS. HAHAHAHAHAHAHAHA GET IT OUT NOW

I wonder what the FBI is looking for now in Hillary’s emails?
Must be the time she sent the nuclear codes to ISIS.#enoughalready

Hillary Clinton lied about her emails that put our national security at risk. She is unfit to be the President.

So serious question.In the rare event Hillary goes to jail what happens with the election? Do they replace her? Do they lose representation?

So what happens if Hillary goes to jail? Does Trump automatically win?

Can’t wait for Hillary to be in jail 🙂

Would you please hurry up and release the emails that will send Hillary to jail?????

The FBI originally closed the investigation into Clinton after determining that no one should face criminal charges.