President Barack Obama’s tech-savvy startup that is supposed to teach other government agencies how to make better websites and digital products caught the attention of a government watchdog this week.

The agency, called 18F, was supposed to sell its services to other government bodies and pay for itself, comparable to a Silicon Valley startup for the federal government.

But 18F is unable to live up to its financial goals due to inaccurate financial planning and potentially unnecessary internal projects, according to a new audit report from the Government Services Administration Office Inspector General (OIG) released Monday.

The inspector general provided a list of some of the internal, non-billable projects 18F staff completed: 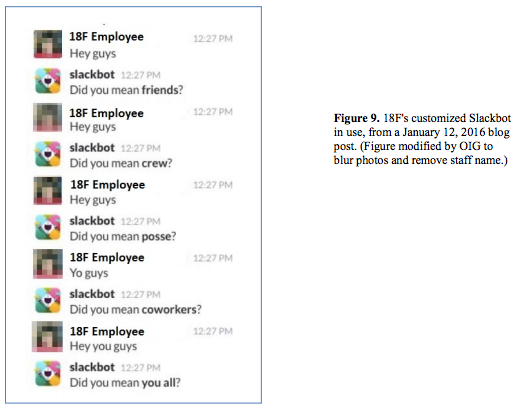 The OIG uncovered communications about financial projections from February 2016, in which 18F’s director of operations said, “to be frank, there are some of us that don’t give rip about the losses.”