Brazile’s leak of debate questions, revealed in a series of stolen emails published by WikiLeaks, “hurts all of us,” Zucker told network employees, The Huffington Post reports.

[dcquiz] “I have no tolerance for her behavior or that kind of behavior,” Zucker reportedly fumed.

Emails released earlier this month showed that Brazile provided the Clinton campaign with a question that was asked during a March 13 Democratic party town hall hosted by CNN and TV One. TV One host Roland Martin provided Brazile with the question, which concerned the death penalty. (RELATED: Donna Brazile Shared Other Debate Questions With Clinton Campaign)

“Her family has lead poison and she will ask what, if anything, will Hillary do as president to help the ppl of Flint,” Brazile wrote in the email, which she sent to Clinton campaign chairman John Podesta and communications director Jennifer Palmieri.

According to The Huffington Post, Zucker said in Tuesday’s conference call that CNN employees did not reveal the questions to Brazile. And CNN spokeswoman Lauren Pratapas insisted on Monday that the leak did not come from CNN. The network said on background that Brazile may have learned of the question during a community event she attended in Flint the day before the debate. 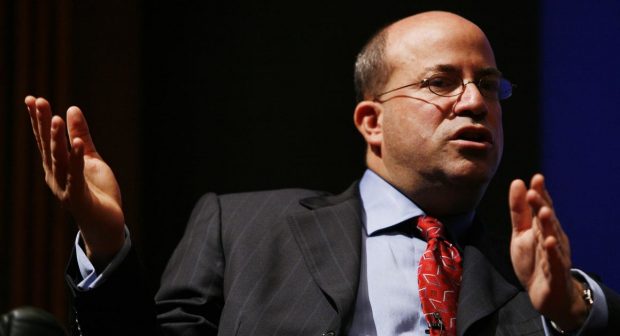 The network does not appear to have confirmed that Brazile discussed the question with Walters or Ward, however.

The Daily Caller spoke to Walters about the process by which she was chosen to ask the debate question.

A whistleblower who helped bring national attention to Flint’s water crisis, Walters told TheDC in a phone interview on Monday that she was contacted by a person working for CNN on Feb. 25 and told that she was chosen to possibly ask a question at the debate. Walters, who reviewed her text messages during the conversation with TheDC, said that the CNN employee was named Danelle.

Walters also told TheDC that she was “99 percent sure” that she did not interact in person with Brazile. She said she could not be absolutely certain because her day before the debate was hectic.

Attempts to reach Ward were not successful. CNN did not respond to requests for comment on Tuesday.

Zucker’s comments are the strongest to date from the network on the leak issue.

Earlier this month, after Brazile’s first leak was revealed, CNN anchor Jake Tapper called the incident “very, very troubling.” He stopped short of criticizing Brazile, however, saying that he had “tremendous regard” for her.

Also on Monday, CNN confirmed that it silently cut ties with Brazile on Oct. 14. Her contract had been suspended because of her position at the DNC, which she took in July.

Brazile attempted to take the break in stride, thanking CNN in a tweet.