Hillary Clinton unloaded on a heckler who called her husband a rapist.

[dcquiz] The Democratic nominee had just started speaking at her third rally of the day in Delvoe Memorial Park in Fort Lauderdale on Tuesday when a man in the crowd stood and waved a neon green sign in the air and yelled, “Bill Clinton is a rapist!”

Clinton — about three minutes into her speech — jabbed her finger at the man and began shouting.

“You know, I am sick and tired of the negative, dark, divisive, dangerous behavior of people who support Donald Trump,” Clinton said. “It is time for us to say, ‘No! We are not going backwards. We are going forward into a brighter future.’” 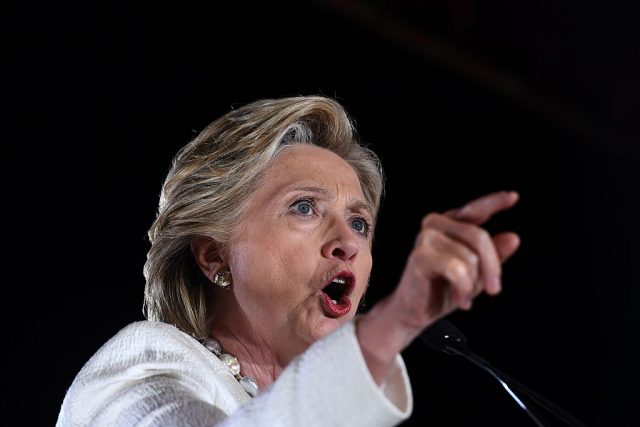 “For the next seven days, focus on what’s important,” she told the crowd of about four thousand.

The man was eventually escorted out of the rally.