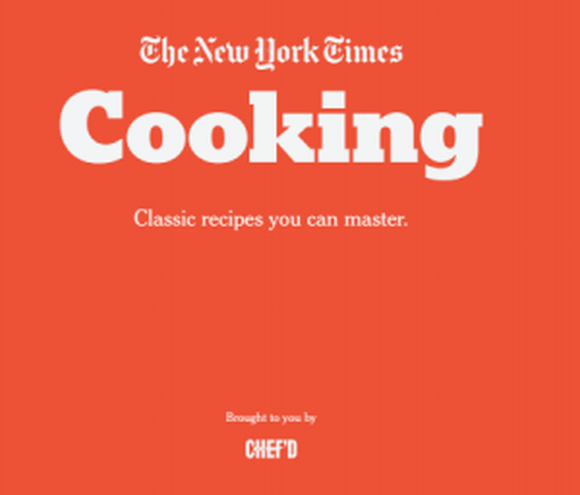 Meal kits are the hottest trend in food these days.

It seems nearly every company, from start-ups to supermarkets to suppliers like Tyson Foods, has gotten in on the new phenomenon.

With start-ups like Blue Apron commanding valuations upwards of $2 billion, a sign that venture capital firms see big growth and potential profits in the fast-growing industry, why wouldn’t it attract outside interest?

While it’s not surprising to see companies like Whole Foods jumping on the meal-kit bandwagon with a partnership with Purple Carrot last week, the decision by the New York Times (NYSE: NYT) this summer to launch a meal-kit service may have left some scratching their heads.

All the news that’s fit to eat

In July, the so-called Gray Lady announced that it would begin selling meal kits from NYT Cooking made by start-up Chef’d, which has partnered with several other brands to deliver the boxed meals.

The service will offer 20 of the NYT Cooking’s most popular recipes, including Kung Pao Chicken, Beef Bourgignon, and Shrimp Scampi. Meals start at $27 for two people, and come with a free eight-week digital subscription for a limited time.

The offer from the Times may seem odd, but it makes sense for a number of reasons.

As interest in food has boomed, the newspaper has capitalized, expanding coverage and its relationships with readers. In 2014, the paper launched a Cooking section and website, which has since attracted over 7 million monthly active users. From there, meal kits were a natural way to leverage and extend the brand as the Times is a trusted source for recipes and information for millions of home cooks.

Print media has struggled in the digital age as advertising revenues continue to fall.Even newspapers with the brand recognition of the New York Times have struggled to turn a profit, so they must look to new revenue streams for help. The company has expanded into other businesses to diversify away from the traditional news model, with moves like hosting live conferences, starting a wine club, and opening an online store selling branded products.

The Times isn’t the only publication looking to diversify its business. The Wall Street Journal has been heavily promoting its wine club, WSJWine, recently as the 21st Century Fox (NASDAQ: FOXA) subsidiary also looks for ways to grow profits in the digital age. The idea seems to be the same as the Times’, as the Journal hopes to leverage its brand and reputation with its readers, many of whom are wine drinkers. The newspaper partnered with Direct Wines, a mail-order wine club for the service. Chef’d has also partnered with publications like Men’s Health and Women’s Health to sell branded meal kits.

For the Times, extensions like the meal kits may mean the difference between a thriving long-term business and one that continues to see revenues erode. Through the first six months of the year, its Other Revenue category, which includes income outside of circulation and advertising such as e-commerce, NYT Live, syndication, and rental income, grew only 2.7% to $43.8 million, 5.7% in total revenue. With NYT meal kits launching in July, the third-quarter report will be the first chance to see if there was any appreciable impact from meal kits.

Generating a profit in the meal-kit industry won’t be easy for the Times or anyone else. It’s become highly fragmented, and the number of entrants likely means that many will struggle to grow and retain a meaningful subscription base. They will either have to consolidate or go out of business. Still, it’s a smart move by the Times, especially as Chef’d takes on much of the operating risk.

In order for publications like the Times to thrive in the digital era, they must find new ways to bring value to their customers. It’s already developed a strong fan base for its Cooking site, and that could make meal kits a worthy endeavor.