Binoculars are expensive. Especially good binoculars. It’s a fact of life. That’s not great, because if you’re into birding, or watching wildlife, or anything else that requires binoculars, you would like them to not cost all that much.

At least you can get a very good pair of binoculars for $30 off, for one day only. Normally $90, these Bushnell binoculars only cost $60 today. 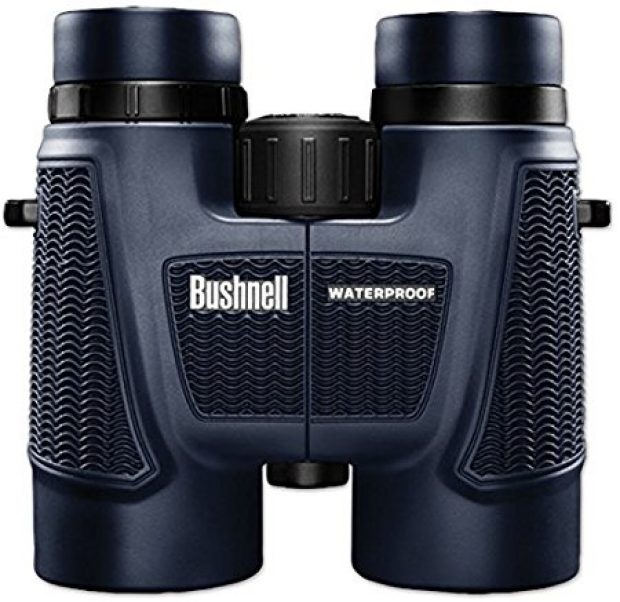 You can save 33 percent on these 4.6-star binoculars today (Photo via Amazon)

To date, 745 customers have reviewed this pair of binoculars, and three-quarters have given it a perfect 5 out of 5 stars.

I urge you to read the customer reviews, since a lot of very passionate binoculars people compared this to other, more expensive binoculars. As this review from Paul K. indicates, this is a solid pair simply because it is normally priced at around $100, not over $200 like other brands:

I’m no expert in binoculars, I’m not a birder, I’m just a guy who is looking for binoculars that work well for hikes in the local forests. So I want good light sensitivity, good weather proofing, and good value for the dollar.

I compared specs for the Bushnell H20s and the Bushnell Legend Ultra HD’s, both 8×42, booth roof prism. I paid about $240 for the legend, vs. $105 for the H20 + Harness. On the Bushnell website you can compare specs, and these look really similar.

In terms of physical size, the two are about the same. The image is adjusted the same. Both have right eye adjustment and eye relief adjustment. The grips on the H20s are a little bit thicker and softer, and I think have an edge in friendliness.

is strange because on my hands-on testing, I found it be more like 10ft for the H20 vs 6.5 ft for the Legend. So although the legend is better, it isn’t that much better, to me.

The HD’s have a slightly larger field of view, which I did notice, and which was nice.

In theory the H20s don’t work with the screw-in tripod adapter, but it sure looks like they both have the same screw-in area for that. I didn’t try a tripod adapter with either though.

The Legends come with a harness, which otherwise you can buy for about $20 separately. The harness won’t work out of the box with the H20’s, but with a little imagination you can get it to attach.

OK so most importantly–how is the image? From reading the marketing materials, I was expecting that the Ultra HD Legend would be much better than the H20. In terms of the image difference, to my eyes the Legend’s definitely have an edge, but it’s just that–an edge. They are slightly brighter in low light, slightly clearer, but the H20’s are still pretty darned good. I kept switching between one and the other and asking myself “are the legends worth twice the price?” Yes the image was slightly more appealing, slightly brighter. In bright light in particular, the Legends have more “pop,” but this isn’t as obvious in low light. In low light the HDs are a bit brighter, which is nice. Both had a really nice image, I thought, in both daylight and dawn light.

I’ve been looking through both of these for a few days now, in bright light and in dim light, and it’s a tough call. “Do I spend a bunch more money to get a bit brighter, a bit wider image?”

One strike against the HD is that some people are saying that the focus adjustment lock that’s on the right eye has split on them. On a related note, Bushnells overall have a 2 year limited warranty, which nudges me towards the less expensive model. In any case the H20s don’t have this adjustment lock, which in my experience is fine.

This might be one of those cases where if you are heavy into binoculars, and you are using them constantly, and the thought of spending $500 on binoculars doesn’t phase you, that the Legends at $220–which have great quality–would be a good move. From other reviews they seem to be a good value. And maybe there is a ruggedness story to tell, although to me the H20s seem plenty rugged. But for the casual user, the H20s seem like a really good value. It is a tough call–is it worth the extra money?

I looked and looked for a head to head comparison of the two products. If you’ve *actually used* both and can tell the rest of us what the substantive difference regarding image is, or something else that matters, that’d be great. For now, the H20s with a harness, at less than half the price, would seem to be the way to go for a casual user.

All signs point to this being an amazing deal on binoculars at $90. For $60? This is the time to pull the trigger for sure. Merry early Christmas.

Normally $90, these superb binoculars are $30 off (Photo via Amazon)